A Bad Liver and a Broken Heart 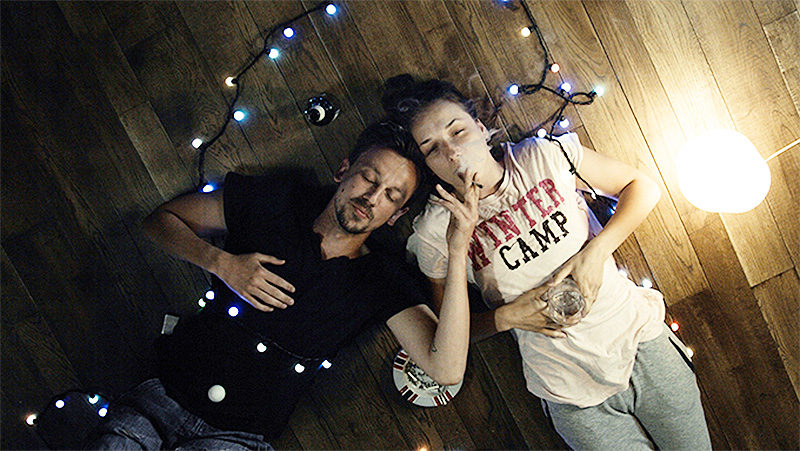 Story
Two 30-year-olds spend a few nights together waiting for an abortion. Before they met, each day looked the same as the previous one. Their names are unknown. She is a teacher, depressed and drinking every day. He makes a living by trading in marijuana. She spends evenings in front of the TV, drinking herself to sleep, and He spends his time smoking weed with two “colleagues from the bar.” They are both lonely and seek something that will make them feel better, even for a few moments. The condom they used did not work, and for the first time in a long time they are forced to have long-term contacts with one another. Always escaping responsibility they are forced to make a decision that can radically change their reality. For the few days and nights that they spend with each other, they begin to see the chance for change. They must decide not only about the future of the unborn child but also their own.