A Fisherman at the Bottom of the Sea 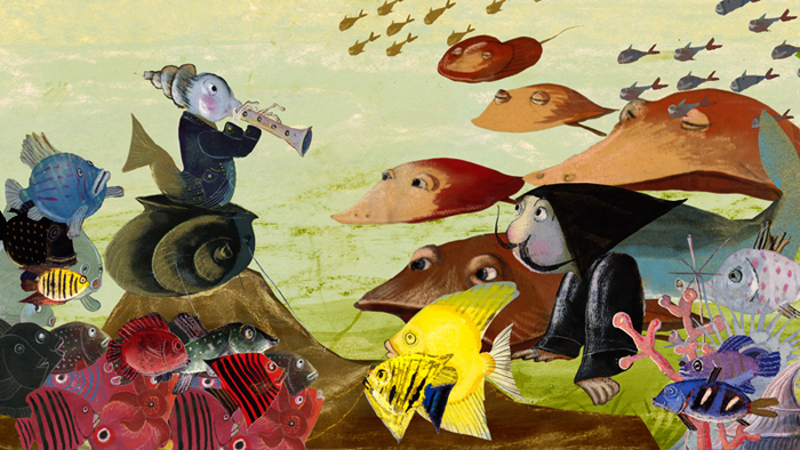 A Fisherman at the Bottom of the Sea is a new version of the tale about a fisherman and a magic fish. This time, it is the magic fish that has three wishes and it is the fisherman who fulfills them. First, he agrees to be changed into a fish. Secondly, he swims with the magic fish to the depth of the sea. Finally, he lets the fish remove a spell cast on him so he can talk about his adventures. During his submarine journey, he meets a number of fishes that remind him of people he knows. Fish and human worlds turn out to be more similar than they are different. Thanks to the authors’ keen sense of observation, imagination, and humor this charming film is not only fun to watch, but it also becomes a reflection on human nature.