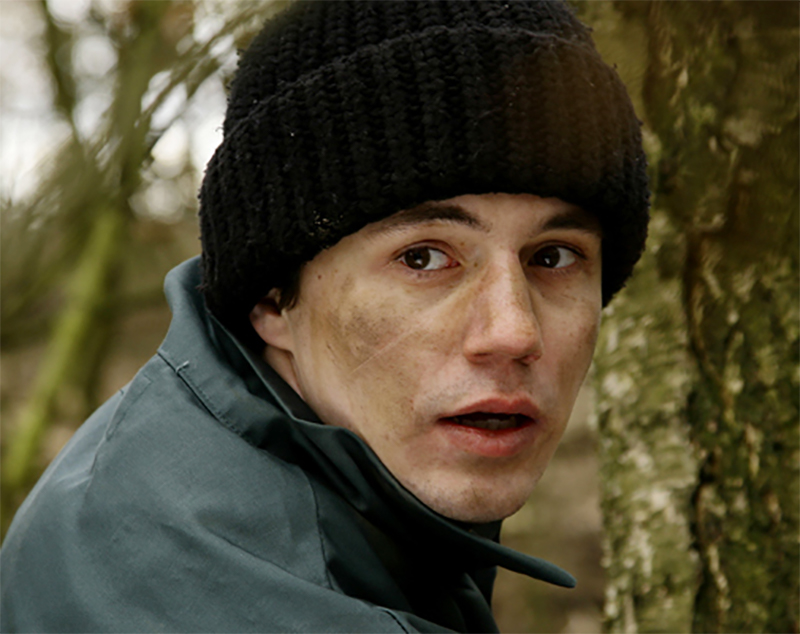 A young man is being chased down by eastern border patrol. Running from the patrol he finds himself hiding in an old trailer in a gravel-pit kept by a 50 year-old degenerate woman. At first it seems this is an act of kindness, it soon turns into a real tragedy. The man stands before a choice that tears him apart, either being captured by the border patrol or being sexually assaulted by a woman who is trying to blackmail him.