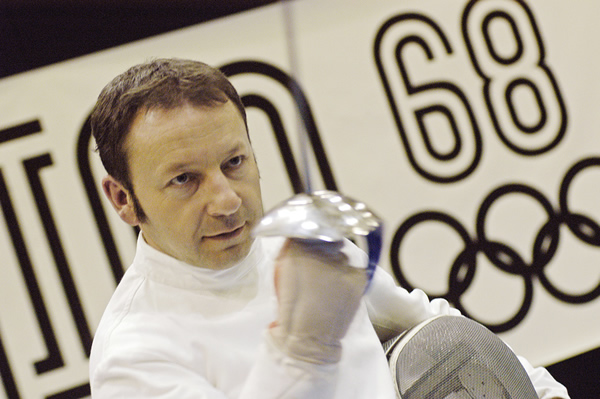 A story about Jerzy Pawlowski, a fencer and one of Poland’s most outstanding sportsmen. In one period of his illustrious career he won twenty one medals. The Polish secret service (SB) had been interested in him since the beginning of his career. As a result of being blackmailed with his father’s AK-army past he collaborated with the secret police from the early 50’s. In 1964 CIA agents contacted him and from that time on Pawlowski led a double life between the communist and American secret service. He was arrested in 1975 and a year later was sentenced to twenty five years, of which he actually served ten years. In 1985 he was exchanged for another agent: Marian Zacharskin at Glinicker Bruecke.
He decided not to stay in the USA and the same day came back to Poland and resumed his fencing career. In 2005 he died of a heart attack.