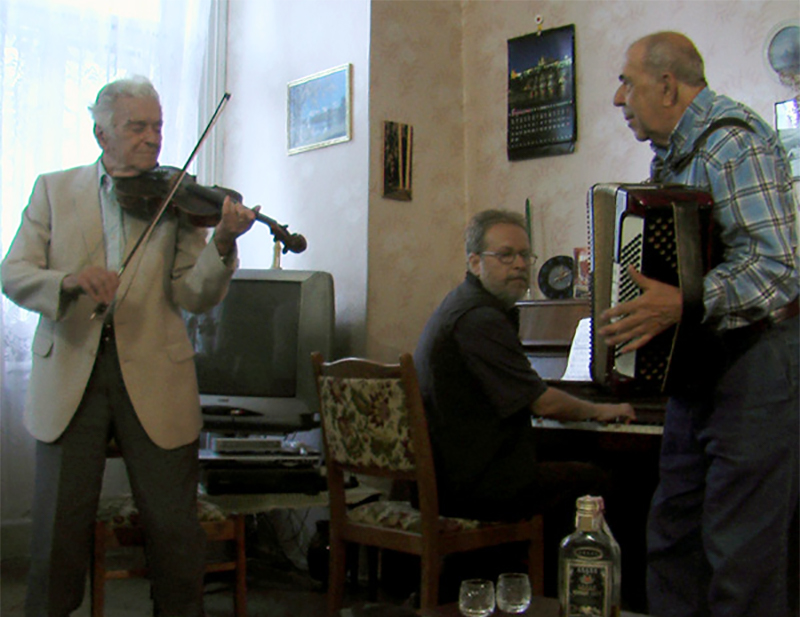 A story of an extraordinary life of Alfred Schreyer, the last Jew of Drohobycz, Ukraine, who was born and still lives in this town. Mr. Schreyer, who is 90 years old, is a Holocaust survivor whose whole family was murdered by the Nazis during WWII. In his lifetime, his hometown has been part of Poland, German occupied territory, the Soviet Union, and Ukraine. He is also a wonderful musician (who for decades taught at the local music school), a singer, superb interpreter of Polish pre-war popular songs (also Jewish and Ukrainian), polyglot, story teller who can talk for hours in a fascinating way, speaking beautiful, archaic but very rich Polish, worthy of his master Bruno Schulz. Mr. Schreyer tells his story, sings popular Jewish and Polish songs from his repertoire, and guides us around Drohobycz, a town where Schulz, the famous writer and artists and Mr. Schreyer’s high school teacher, lived and got killed by a Gestapo officer. The film is also a requiem for Drohobycz, the town as it used to be before the German occupation and communist rule changed it irretrievably. Our protagonist takes us to the backstreets and graveyards – sites where you can discern the traces of the spirit of the former multicultural town.