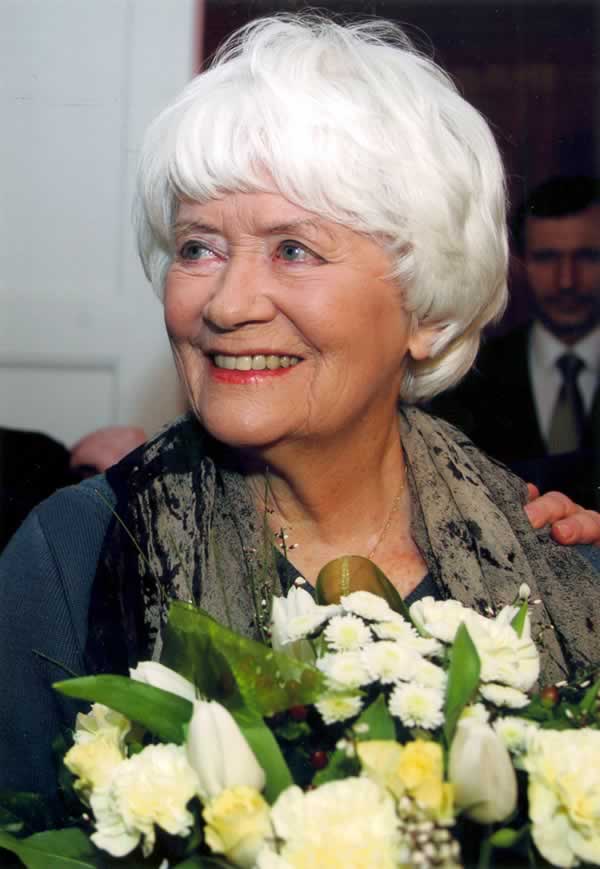 Ms. Janowska, born in 1923 in Warsaw, is one of Poland’s most respected and well known actresses. She participated in the Warsaw Uprising and was a soldier in the Home Army.

After the war she performed in numerous Warsaw theaters. Singer, choreographer and cabaret performer, she gained enormous popularity thanks to her parts in such comedies as Treasure (Skarb), Woodpacker (Dzięcioł), and Controlled Conversations (Rozmowy kontrolowane). She was particularly popular in TV series performances like House War (Wojna domowa), The Highest Stake (Stawka większa niż życie ), Trip for One Smile (Podróż za jeden uśmiech), Doll (Lalka) and recently The Zlotopolskis.

She also played in the first Polish post-war movie Forbidden Songs (Zakazane piosenki), in Andrzej Wajda’s Samson, the lead in The Dulskis as well as in Femina, and The Reliable System (Niezawodny system). Her latest movie is Last Action (Ostatnia akcja).

In her private life she is the wife of Wojciech Zablocki, an Olympic winner in fencing.