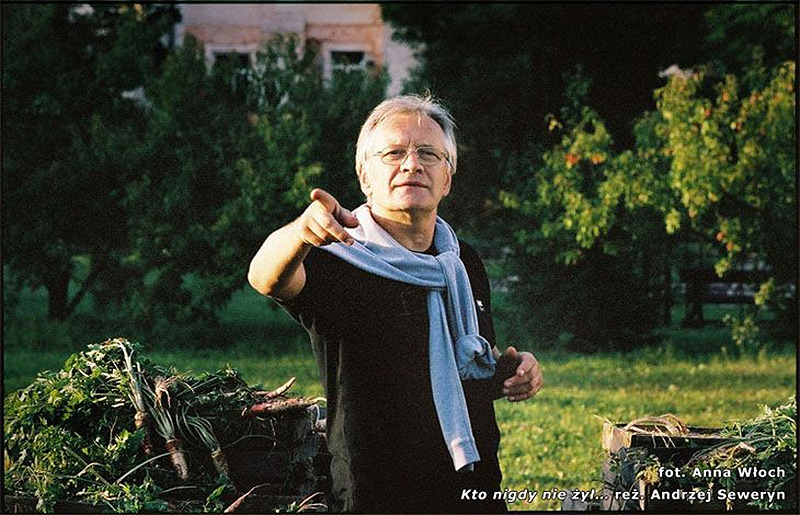 Actor, director, and pedagogue. Born on April 25, 1946 in Heilbronn, Germany. Graduated from the State Academy of Theatre in Warsaw and had his stage debut in 1968 in Warsaw’s Ateneum Theater. From 1968 to 1980 actor in Ateneum Theatre in Warsaw. In the late 70’s left for France, where he acted at the Odeon and Clurilltit Theaters in Paris and the TNP in Lyons, and became a star and the board member of the prestigious Comedie Francaise in Paris as well as Professor in the School of Drama. In the Comedie Francaise he played Monsieur Jourdain in The Bourgeois Gentleman by Moliere, President in Kabale und Liebe by Schiller, the eponymous Don Juan by Moliere, Shylock in The Merchant of Venice, or Eugene O’Neill in the Embrasser les hombres by Lars Noren. His first big film role was in Album Polski dir. Jan Rybkowski (1970). He has appeared in over 40 films and 30 stage productions. He has worked with A. Wajda, A. Zulawski, S. Spielberg and A. Holland.

Since 1993, he has been based in the Comedie Francaise. He owes to Andrzej Wajda his further career in the movies, starting with The Promised Land (1974), through Rough Treatment (1978), The Conductor (1979), Man of him (1981), Dtiiitfjii (1982). At the end of the 90’s, he played Seddn in Wajda’s Pan Tadeusz (1999) and Rejent in the Polish comic masterpiece Vengeance. In the filmed national epic With Fire and Sword dir. Jerzy Hoffman (1999), he played Prince Jeremi Wisniowiecki and Primate Stefan Wyszynski in The Primate dir. Teresa Kotlarczyk (2000), which won him the Actors’ Award at the Polish Feature Film Festival in Gdansk. He also starred in the series The Mahabharata dir. Peter Brook (1989) and in Indochina dir. Regis Wargnier, which won an Oscar for the Best Foreign Language Film in 1992. At present, he is a lecturer at the Paris Conservatoire, a member-societaire of the Comedie Francaise ensemble. In 1996, he was named the Best Theater Actor of France, a distinction awarded by the French Union of Theater and Music Critics. On Polish TV, he directed Tamiffe by Moliere with Michal Zebrowski in the leading role, and also Antigone by Sophocles. He directed several performances in the Comedie Francaise, of which The Twelfth Night by Shakespeare was the latest. He directed Michal Zebrowski again in Richard 11 by Shakespeare at the Teatr Narodowy in 2004. In June 2005, by the decree of the French President, Andrzej Seweryn was accorded the Legion of Honor order. Who Never Lived is his directorial feature film debut.