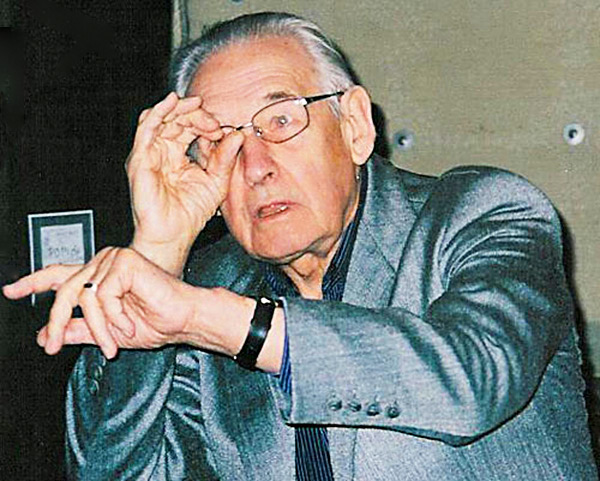 2001
Commander’s Cross of Legion d’Honneur of the French Republic;
German Great Cross of the Order of  Merit;
Doctor Honoris Causa of the Moscow Theatre Academy (GITIS)

Minister of Art and Culture Award for films; title of Honorary Citizen of the City of Łódź

1997
13th International Film Festival in Troi, Portugal
Best Director Award for “Miss Nothing”  at the

1981
Doctor Honoris Causa of the American University in Washington

Born on the 6th of March 1926 in Suwalki, Poland. Film and theatre director, script writer and set designer. A student of Cracow’s Academy of Fine Arts from 1946 to 1949, Andrzej Wajda graduated from the National Higher School of Film (emphasis Directing) in 1953, to make his debut movie, “Generation” (Pokolenie) in 1955, followed by “Canal” (Kanal) (1957) – Special Jury Award at the Cannes IFF and “Ashes and Diamonds” (Popiol i diament) (1958) – Jury and FIPRESCI Award at the Venice IFF. These last two films earned Wajda the reputation as a leading director of the new generation in Europe, and initiated the famous Polish School of film-making. Wajda’s first colour film, “Lotna“, was made in 1959.

Wajda’s next film, “Ashes” (Popioly) (1965), based on a novel by Stefan Zeromski, triggered off the biggest ever debate in Wajda’s ten-year film-making career.

In 1975 Wajda made the Oscar-nominated “The Promised Land” (Ziemie obiecana). This movie, based on a novel by Wladyslaw Reymont, has been one of Wajda’s top cinematic achievements.

Originator and lecturer of the Andrzej Wajda Master School of Film Directing, established in 2002.