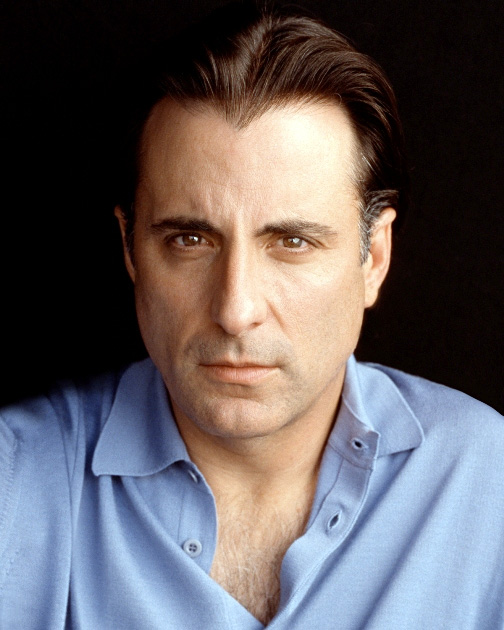 Mr. Garcia was born on April 12, 1956, in Havana, Cuba. At the age of 5,  2 ½ years after Fidel Castro came to power, the family exiled to Miami Beach. He attended Nautilus Junior High School and later Miami Beach Senior High School. He studied acting with Jay W. Jensen. Jensen was a South Florida legend, counting among his numerous students Brett Ratner and Mickey Rourke. Following his positive high school experiences in acting, he continued his drama studies at Florida International University.

His first break came on the very first episode of the popular TV series Hill Street Blues (1981). In the 80’s he starred in films such as The Untouchables, Black Rain and Internal Affairs. In 1989, Francis Ford Coppola casted him in The Godfather: Part III (1990). His performance was Oscar and Golden Globes nominated as Best Supporting Actor.

He later received an Emmy Award nomination and his second Golden Globe Award nomination for his portrayal of legendary Cuban trumpeter Arturo Sandoval in HBO’s 2000 biopic For Love or Country. Which he also produced under his CineSon Productions banner. Garcia won multiple Grammy and Latin Grammy awards for his collaboration with Israel Lopez “Cachao,” on ” Master Sessions” and “¡Ahora Sí!.”

His most recent CineSon production is the romantic comedy At Middleton, which premiered at the Seattle Film Festival. Mr. Garcia and Mrs. Farmiga won the best actor and actress awards at the Boston Film Festival.

In 2009 he produced and starred in City Island, collaborating with Polish Oscar-winning composer Jan A. P. Kaczmarek and producer Grzegorz Hajdarowicz. The film premiered and won the prestigious “Audience Award” at the 2009 Tribeca Film Festival. In 2005 he directed, produced, starred and composed the music for The Lost City, collaborating with Polish production designer and producer Waldemar Kalinowski.

One of the most talented leading men around, Garcia has had a unique career of staying true to his own ideals and thoughts on acting.