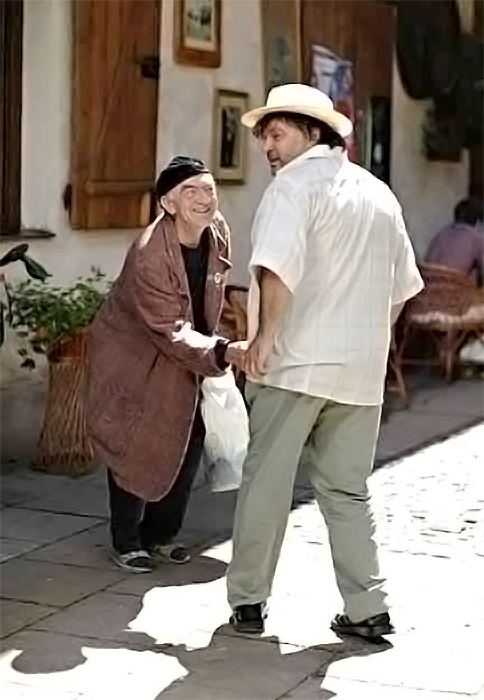 The Angel Giordano, who first appeared in “Angel in Cracow“, begins to seriously contemplate life on Earth since he cannot return to Heaven. He finds that with a little optimism and faith in God’s ways, he can live happily despite the sadness around him. At first he lives like he used to live in Heaven. He does his good deeds and his boss doesn’t let him starve. Then when it’s time for the second stage (the final conversion of Heaven’s most human angel into a Homo sapiens) Giordano is struck not by what he is going to lose, but by what he will gain – becoming male. The shock is enough to fray his nerves. Fortunately, Heaven doesn’t abandon its angels (even fired ones), and the powers-that-be arrange a meeting between Giordano and the only other person who can bring him Heaven on Earth.

A man in love can be happier on Earth than an angel in Heaven!