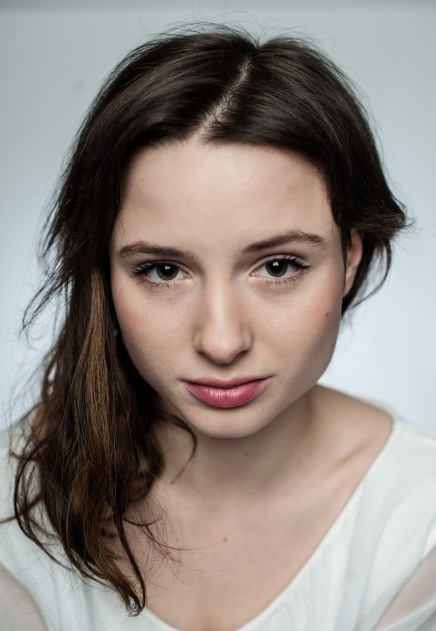 Born in 1988 in Lublin. She is one of the most promising and talented young actresses in Poland. She graduated from The Łódź Film School in 2013. She has several Polish and international awards for her theatrical debut in “Natasha’s Dream” (Marzenie Nataszy) at the Teatr Powszechny in Warsaw as well as her feature debut role of Irmina in Shameless (Bez wstydu) by Filip Marczewski.

In 2014 she received at Gdynia Film Festival the Elle Magazine’s Rising Star Award for „a riveting stage personality and great talent” in Warsaw 44 (Miasto 44) directed by Jan Komasa. Recently she has worked on several new projects, one of which was Agnus Dei directed by Oscar nominee director Anne Fontaine.
Awarded Piotr Lazarkiewicz Award at the 2015 Polish Film Festilva Los Angeles.