Away from the Window 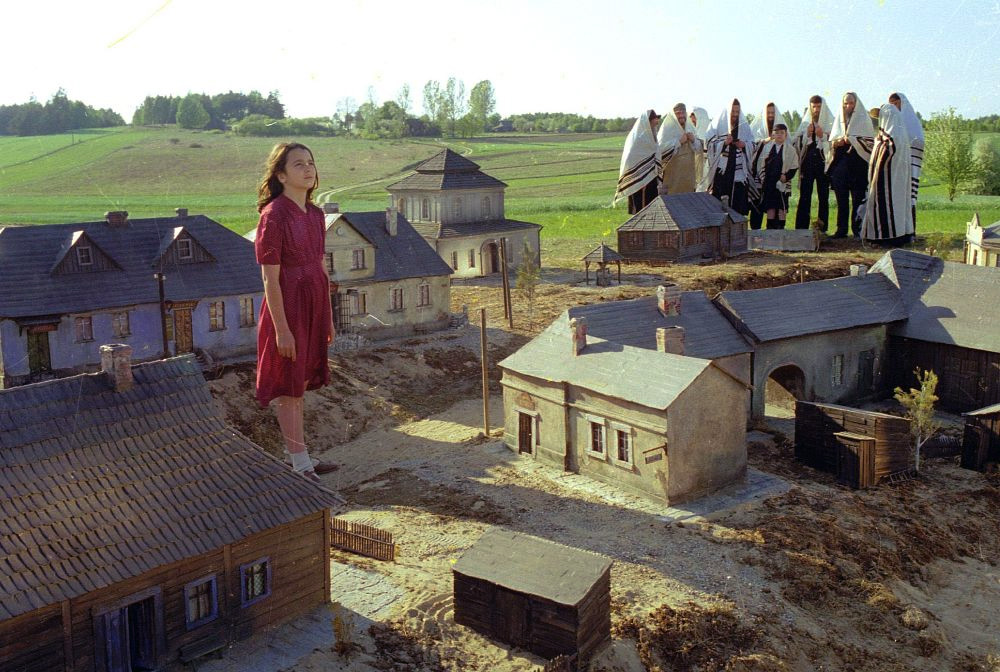 Cast
Story
Small town during German occupation. Childless couple, Barbara and Jan, hide Jewish woman Regina in their house. Jodla, a policeman from the nearby police station, discovers their secret, but – bribed by Jan – does not say a word. He is also secretly in love with Barbara. The girl gets pregnant with Jan. Barbara decides to pretend that she is going to have a baby – she puts a cushion under her dress. The child is born in secrete, Helusia has two mothers, but Barbara wants the baby only for herself. Regina leaves the closet she used to hide in and observes how she looses her daughter. The policeman, rejected by Barbara, wants to disclose the secret. Jan kills him, Regina disappears without a clue.

After the war, two people sent by Regina visit the House. Helusia hides in the closet. Soon parcels from an unknown person from Hamburg arrive. Helusia, daughter of two women, dose not know which mother is more “true”.