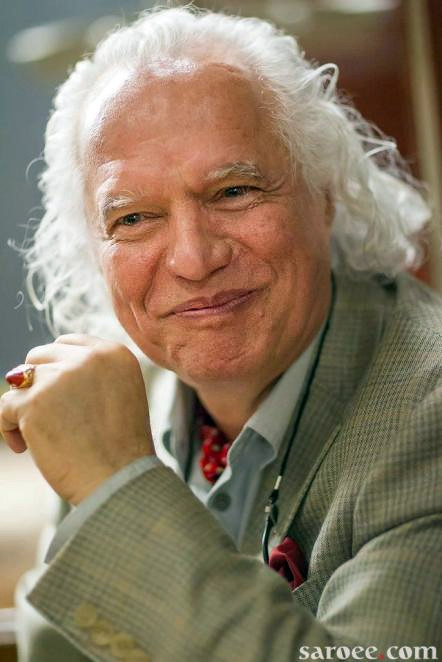 Film scholar and critic Bahman Maghsoudlou is the recipient of Iran’s prestigious Forough Farrokhzad literary award for writing and editing a series of books about cinema and theater. These include the widely acclaimed Iranian Cinema, which was published in 1987 by New York University’s Center for Middle Eastern Studies.

Maghsoudlou’s activities involving international cinema further include participation as panelist, juror and lecturer at a wide variety of film festivals, as well as serving as president of the jury at the 2012 Ibn Arabi Film Festival (IBAFF) in Spain and the Montreal World Film Festival, 2014. As a filmmaker he wrote, directed and produced the short documentary film Ardeshir Mohasses and His Caricatures (1972), which was shown at the Leipzig Film Festival in 1996, Ahmad Mahmoud: a Noble Novelist (2004), Iran Darroudi: the Painter of Ethereal Moments (2010), and Ardeshir: The Rebellious Artist (2012), an extended update of his original film about Mohasses. His two latest films, Abbas Kiarostami: A Report (2013), which premiered at the Montreal World Film festival, and Razor’s Edge: The Legacy of Iranian Actresses (2016), about women’s role in the Iranian film industry before the revolution, are the first two parts of a series on Iranian cinema. Having organized the first-ever Iranian Film Festival in New York in 1980, he originated the International Short Film Festival: Independent Films in Iran, which was held in October 2007 in Asian Society in New York.

As a producer Maghsoudlou’s films have been selected for more than 100 major film festivals and garnered many awards, and include The Suitors (Cannes, 1988), Manhattan by Numbers (Venice, Toronto, London, Chicago, 1993), Seven Servants with legendary actor Anthony Quinn (Locarno, Montréal, Toronto, 1996), Life in Fog (1998) – the single most awarded short documentary film in the history of Iranian Cinema, and Silence of the Sea, winner of six prizes, selected for more than 20 other film festivals including the Sundance Film Festival in 2004.

Maghsoudlou is currently producing and directing a feature-length documentary on The Life & Legacy of Mohammad Mossadegh.

Maghsoudlou’s latest book, following such well-received titles as “Iranian Cinema, Love & Liberty in Cinema” and “This Side of the Mind & the Other Side of the Pupil”,  is “Grass: Untold Stories“, a definitive account of the making of Grass: A Nation’s Battle for Life, the groundbreaking documentary filmed by Merian Cooper, Ernest Schoedsack and Marguerite Harrison in Iran in 1924. He is a member of Pen American center.