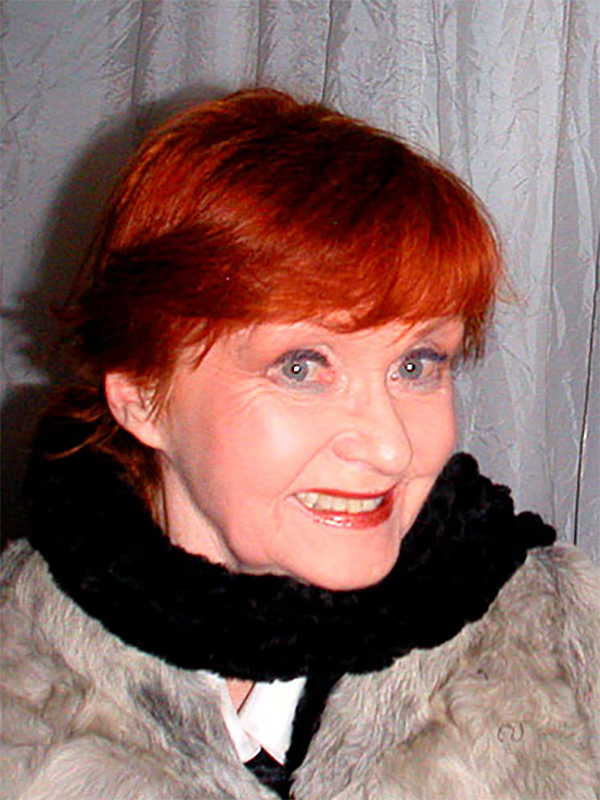 Barbara Krafftowna debut came under the direction of Iwo Gall in the autumn of 1946 in Gajcy’s “Homer and the Orchid” at a theater in Gdynia on the same spot where the Music Theatre is presently located.

Her engagement lasted for three seasons. Directed by Iwo Gall she performed in Shakespeare’s “As You Like It,” Cwojdzinski’s “Temperaments,” Slowacki’s “Balladyna,” Wyspianski’s “Wedding,” and in Chekhov’s “The Cherry Orchard.” Next, with the director, she moved to the Stefan Jaracz Theater in Łódź and then performed at the Polish Theater in Wroclaw.

She participated in the filming of Wajda’s “Ashes and Diamonds,” Kutz’s “Nobody Calls” and “Heat,” Has’s “The Saragossa Manuscript,” Nowicki’s “Four Cuirassiers and a Dog,” Komorowski’s “Mr. Michal’s Adventures,” Rybkowski’s “Border,” Dziki’s “Bank From Out of This World,” Nowicki’s “Blood Bonds,” Lubaszenko’s “King of Suburbs” and many more.

She has performed in many different cabarets, such as “Frascati Cabaret,” “Lopek Cabaret,” “Egida Cabaret,” and on TV in the “Cabaret of Older Men” and also TV Theater. She can also boast vast accomplishments on Polish Radio both in the Radio Theater and in music programs.

The movie “How To Be Loved” directed by Wojciech Has, with a script by Kazimierz Brandys and with Barbara Krafftowna in the leading role received the Golden Gate Award in San Francisco.

Ms. Krafftowna left for the United States to play the lead part in the English version of S.I. Witkiewicz’s (Witkacy) play “Mother.” While in Los Angeles she collaborated with the American Film Institute and there in the theater of Professor Michael Hackett she staged Polish plays by W. Gombrowicz in English – “Banquet at Countess Kotlubaj” and “Meditations on Virginity“.
She has received numerous awards in Poland and abroad.

She created many outstanding parts which became a canon in acting. The list includes Felicia in the movie “How To Be Loved” and in television Klara Zachanassian in Durenmatt’s “The Visit of the Old Lady” directed by Jerzy Gruza; Betty Lemon in Wesker’s “Whatever Happened To Betty Lemon” directed by Tomasz Wiszniewski; Honorata in the TV series “Four Cuirassiers and a Dog;” Alice in Durenmatt’s “Play Strindberg,” and Lady Macbeth in Ionesco’s “Macbeth,” to mention only a few.