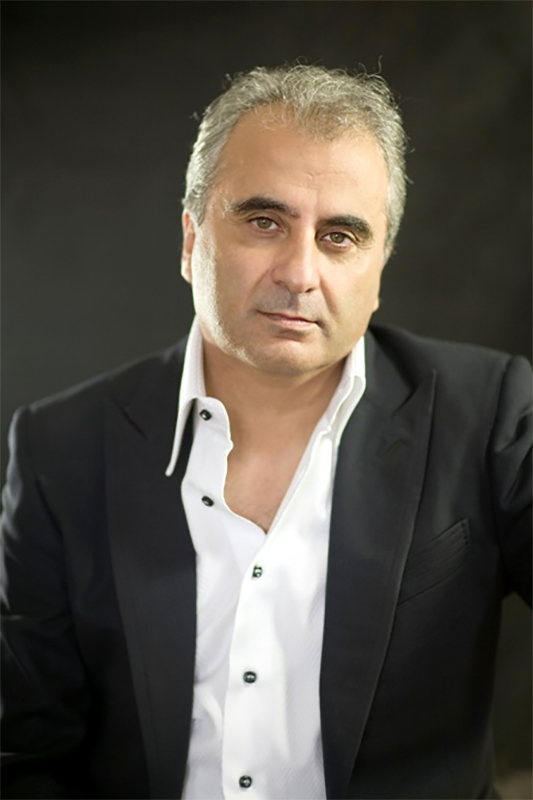 In 1982 Barry attended the highly respected London International Film School. He graduated in 1984 with a postgraduate degree in the Technique and the Art of Filmmaking and was awarded a special distinction in writing, directing and editing. Whilst in film school, Navidi met Danny Huston, the son of the “legendary” film director John Huston. Both Navidi and Huston forged a long and lasting friendship. As a result, Navidi became very close to the family and consider John Huston his mentor.

Barry produced John Huston’s last film Mr Corbett’s Ghost (1986) in which John Huston acted and was directed by his son Danny.  Navidi was production consultant on both the movie Mr North (1987) starring Angelica Huston, Lauren Bacall, and Robert Mitchum, as well as The Dead, John Huston’s last movie as director, which was shot in 1988.

From 1993 until 1997 Navidi worked closely with Marlon Brando as script consultant on several projects, with the participation of a number of stars, such as John Travolta, Sean Pean, Robert De Niro, Jack Nicholson and Angelica Huston, as well as director John Frankenhiemer on Island of Dr Moreau, Don Juan de Marco, The Score, Free Money with director Yves Simonon and  The Brave with Johnny Depp.

From 1998 until 2000 Navidi worked closely with Sid Ganis, formerly Co-Chairman at Sony Pictures and Head of Production at Paramount Pictures. Sid was also head of Oscars Academy Awards for over 10 years.

In 2001 Navidi collaborated and co-produced with Debra Winger a critically acclaimed Big Bad Love, directed by Arliss Howard and starring Debra Winger and Rosanna Arquette. It premiered at the Cannes Film Festival in 2001.

In 2004, Navidi produced William Shakespeare’s  The Merchant of Venice starring Al Pacino, Jeremy Irons and Joseph Fiennes.  The movie premiered at the Venice Film Festival and Toronto Film Festival. The royal premiere in London in the presence of HRH Prince Charles benefiting the Princes Trust took place in 2004. This version of Shakespeare’s play has been critically acclaimed all over the world and is considered to be one of the best cinematic interpretations. It was filmed entirely on location in Venice.

In 2008 Navidi produced Wilde Salome based on Oscar Wilde’s play “Salome” starring Al Pacino and Jessica Chastain. Directed by Al Pacino, the film premiered at both Venice Film Festival and Dublin Film Festival in 2012. The film was Jessica Chastain’s first movie and it launched her spectacular career. The highly critically acclaimed movie premiered in September 2014 at British Film Institute alongside the movie version of the play Salome, produced in 2013 and starring Jessica Chastain and Al Pacino.

Between 2014 and 2015 Navidi consulted on the production of  Danny Collins and The Humbling starring Al Pacino.

Currently Navidi has a number of projects in development with Al Pacino for 2017/18, including William Shakespeare’s King Lear, Modigliani, about the painter’s journey, a documentary based on Method Acting and miniseries Aristotle Onassis.

Navidi is a member of British Academy of Film & Television Arts. BAFTA, Ambassador to Prince Charles Trust, and BFI friend.