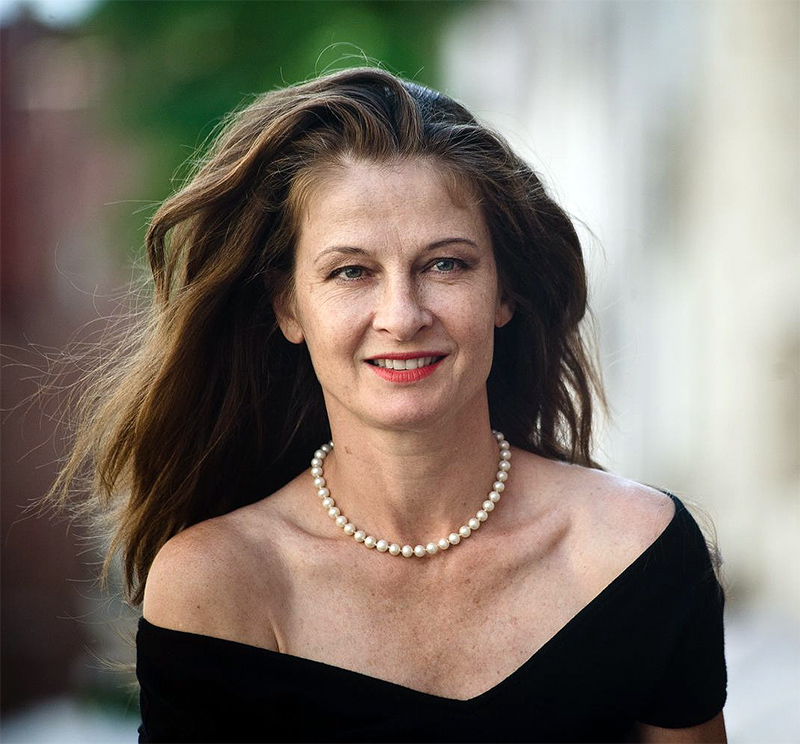 Seeking a new voice for herself and inspired by the “discord” in the world which there is a uniquely 20th century style that declares “anything goes” and “anything is possible,” founded Theater Discordia. Creating performance-art shows that have been part of the L.A. Festival, and the L.A. Poetry Festival directed and wrote “Poeticus Umbilicus”, “Poetry Discordia”, “Return of Umbilicus”, “We & They”, “Changing Flags”. As an actress starred in over twenty projects in Europe. Evolving out of her experiments with theatre and performance art – short film “Mnemosyne” is Pozniak directorial film debut.

In the US remembered mostly from “JFK” as Marina Oswald, Dr. Katya Fielding on “Melrose Place“, Irene on “Young Indiana Jones“, Masha on “Mad About You“. Has an MFA in Drama. Beata is also an activist and the moving force behind “International Women’s Day” where she got Congresswoman Maxine Waters to introduce a bill in the US to over a ninety year old international tradition.