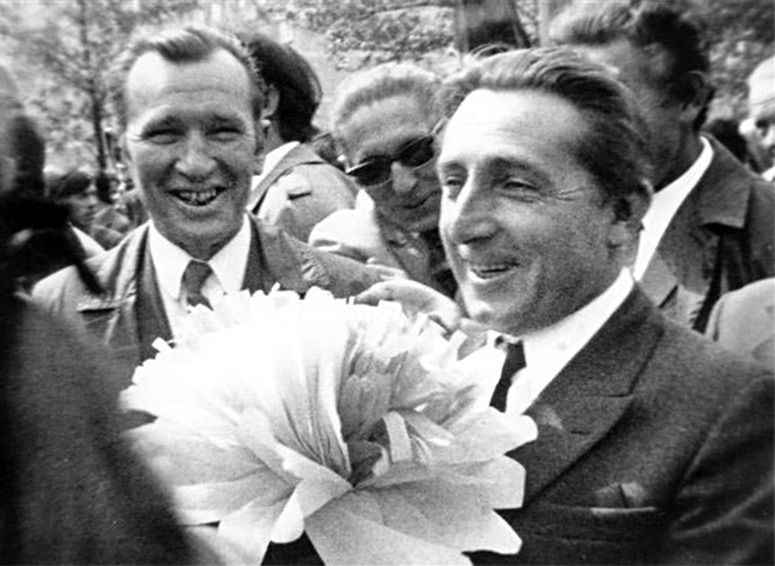 Story
Documentary about a bricklayer who, during the Stalinist era in the mid 1950s, was encouraged by the Party to further the Communist cause by becoming an exemplary worker (Stakhanovite). In flashbacks from scenes of his participation in a 1970s May Day parade, he recalls how, as a young activist, he was promoted to an office job. “I became a jack-in-the-office, instead of an activist… I got a desk job and gasped for breath, I had to let in fresh air through the window… And then came the year 1956, and everything tumbled down all of a sudden. It was a little painful. The question was: What now? And in 1956 I asked them to relieve me and send me back to my job in production. I returned to where I had come from.” An idealistic youth, exploited by ruthless ideology – in a film of subtle political nuances.