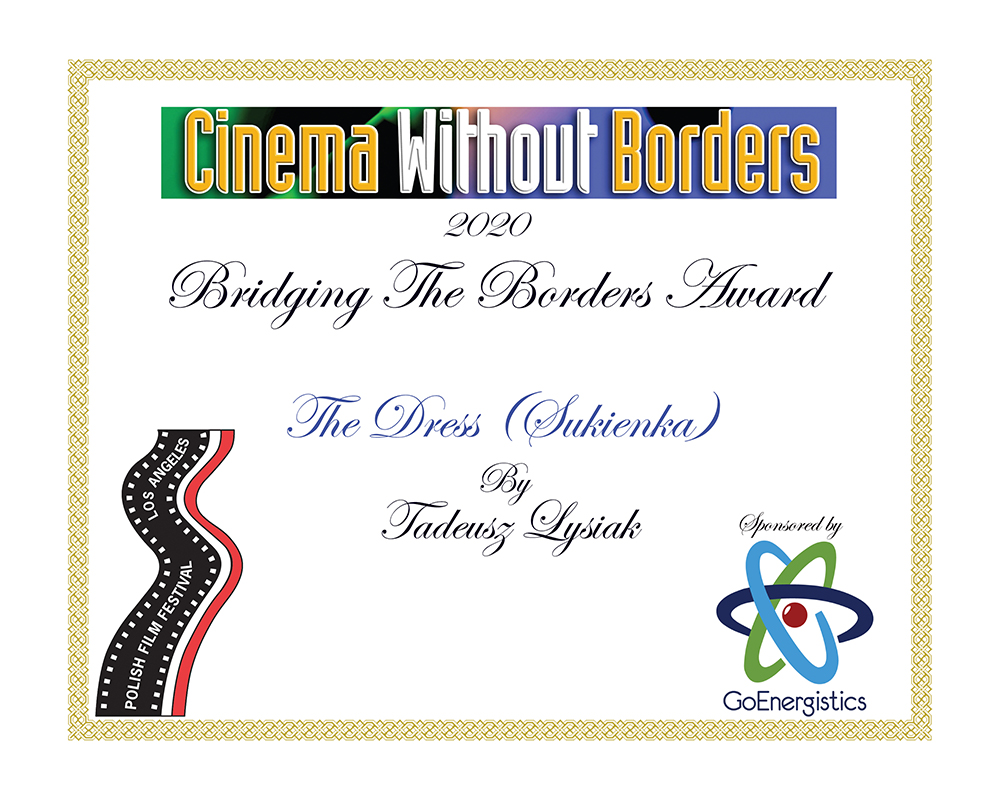 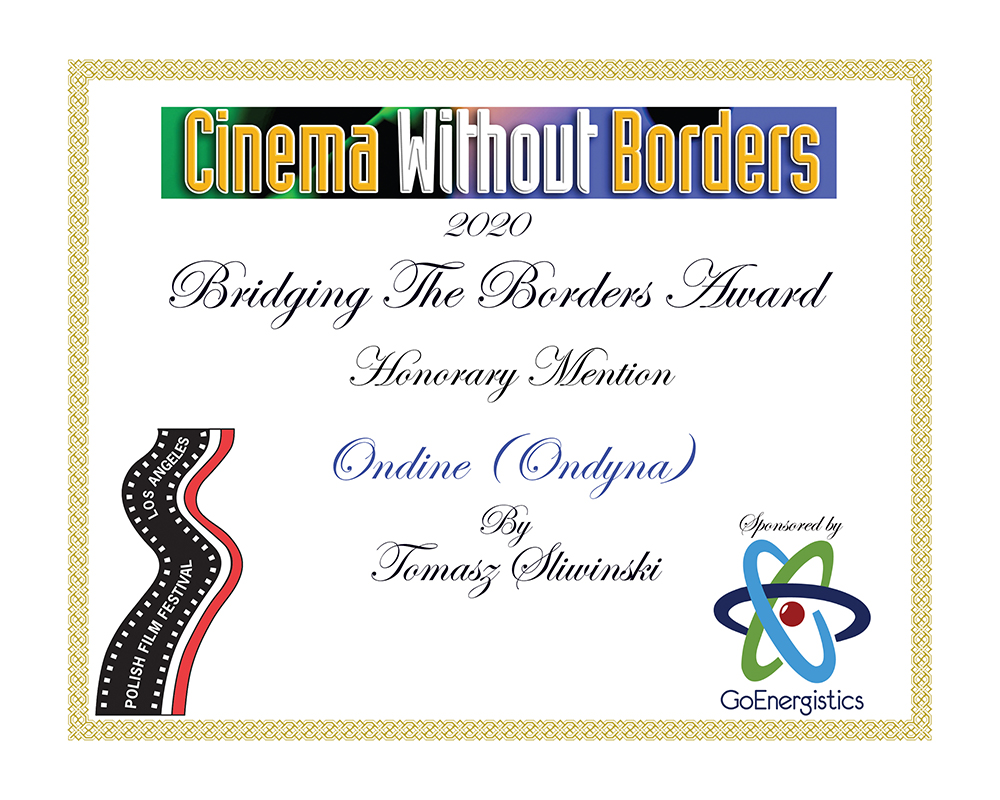 We had twelve nominees for the GoE Bridging the Borders Award for Best Polish Short Film at the 2020 Polish Film Festival, LA. Each film was unique and told a compelling story – making it difficult to choose a winner.

The Cinema Without Borders special mention goes to a film that delicately and masterfully deals with the issues of love and mortality. In mythology, Ondine is a water nymph, who places a curse on the unfaithful mortal she loves. This film poetically connects the myth to a rare medical condition called Ondine’s Curse to illustrate the power of love. Our jury special mention goes to Ondine (Odyna) directed by Tomasz Sliwinski.

The winner of the GoE Bridging the Borders Award, sponsored by Go Energistics, is a film that bravely shines a light on the cruelty of our world towards those whose physical appearance is different. This well-crafted film tells the story of Julia, a maid at a roadside motel who has lived a lonely life, accustomed to scorn for being ‘a little person’. When she is asked on a date, the filmmakers masterfully demonstrate a sense of hopelessness through her search for the perfect dress to wear, with many not fitting her small frame. The performances, particularly that of Anna Dzieduszycka in the lead role, are exceptional. The winner of GoE Bridging the Borders Award at the 2020 Polish Film Festival, LA is The Dress (Sukienka) directed by Tadeusz Lysiak.