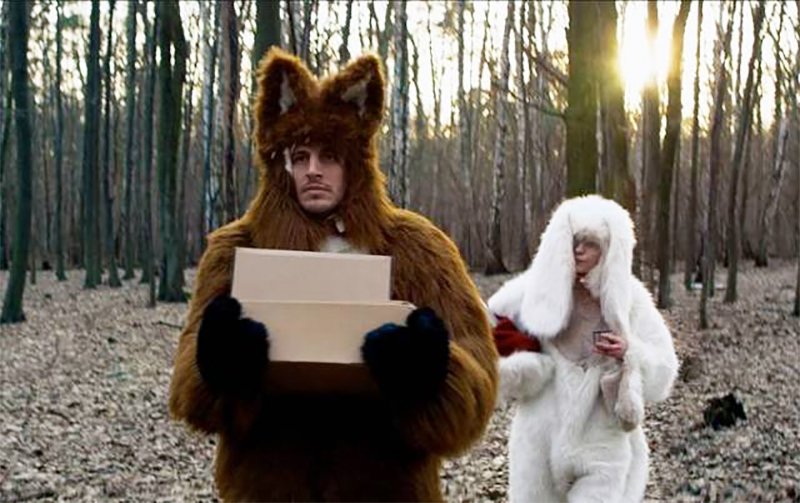 Pregnant Blanka wakes up, and puts on her bunny costume. Out on the wintry Warsaw street she wearily hands out advertising flyer’s. When she faints, a stranger, Alexander, fresh out of prison with only freedom on his mind, rescues her. Desperate to earn money he joins forces with the Bunny and becomes the Fox. Against his nature he falls for the Bunny and is caught in a trap of his own making. But their lives were intertwined long before they ever met by a brutal mistake which Alexander is now desperate to hide. Two people swirling in one destiny.