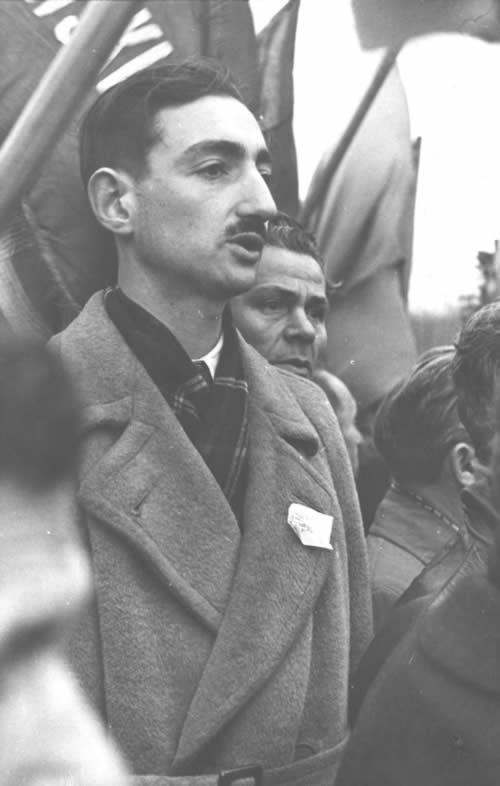 Commandant Edelman is a fascinating story of one of the commandants of the Warsaw ghetto uprising in April 1943. A story about life, love, friendship, fight and some not so obvious rules. It is also a story about a man, who despite circumstances always walked on the bright side of life.

Marek Edelman (born in 1918) is a Polish political and social activist, cardiologist and the last living leader of the Warsaw ghetto uprising. Before the war, he was an activist in the Jewish organization called “Bund”, and in 1943 he became one of the leaders of the uprising of the Jewish Ghetto in Warsaw. by a miracle, he, along with a handful of other insurgents, managed to break out of the ghetto. Despite this, the next year he was once again fighting: this time the Nazis in the Warsaw uprising in August 1944. After the Second World War Edelman studied medicine in Łódź and became a well known cardiologist. He never left Poland, deciding to stay there as a witness to the Holocaust and a fighter for human rights. In the 1970s, he joined the nascent democratic opposition and signed a protest against changes to the constitution subordinating Poland to Moscow. In 1980 he worked with Solidarity, and was interned during the period of martial law in 1981. He participated in the Round Table Talks in 1989 and when Poland became a free country,
he remained active as both a doctor and a fighter for the observance of human rights throughout the world. His letter, justifying the use of NATO armies in Kosovo, was quoted by President Clinton.