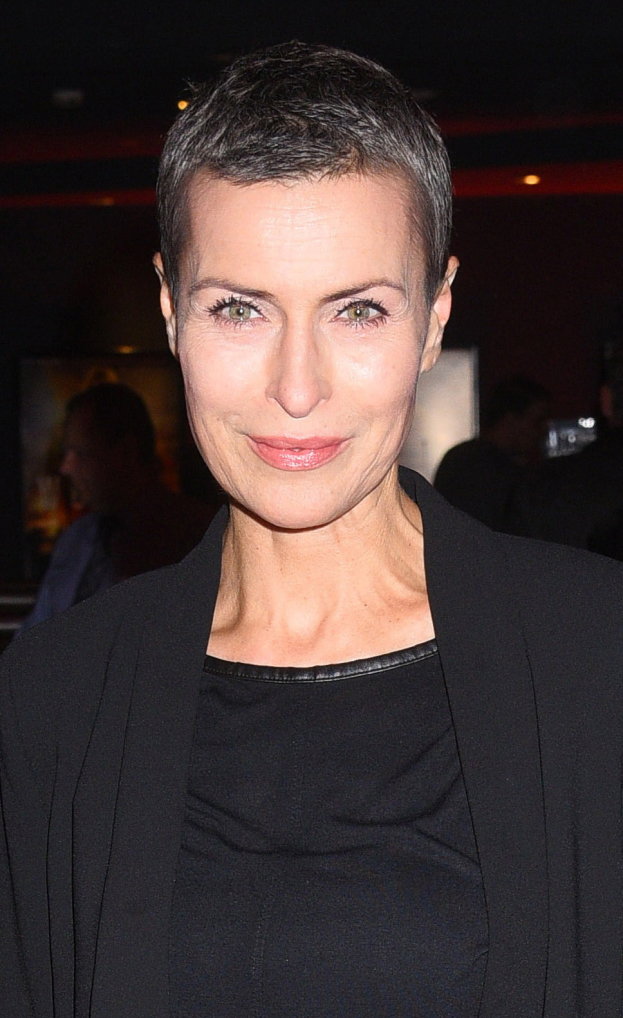 The Grand Lady of the Polish stage and at the same time one of the most beautiful, charming, witty and gifted versatile actresses, who is neither afraid of the passage of time nor of playing old and ugly women.
Born in Gowidlin in Kashubia, she graduated from the Actor’s School in Gdansk where she also made her debut at the Wybrzeze Theatre, playing in: “Slub” (Wedding), “Betlejem polskie” (Polish Bethlehem), “Romeo i Julia” (Romeo and Juliet). She acted at the WspolczesnyTheatre in Szczecin and at the Nowy Theatre in Poznan. Since 1991 in Warsaw, she has been associated with the Rozmaitosci Theatre, the Dramatyczny Theatre, and recently the Narodowy. She has played her breakthrough screen role in Provocateur (Prowokator) and then A Gentle Woman (Łagodna), Visit Me in My Dream (Odwiedź mnie we śnie). In 2003 for her part of George Sand in Chopin. Desire for Love (Chopin. Pragnienie miłości) directed by Jerzy Antczak she won the Best Actress Award at the International Film Festival in Kiev and the Polish Orzeł (Eagle) Award. In the same year she was also awarded the Golden Duck for the Best Actress of the Year.
Her greatest hit so far (and a big sellout success of 2004) is definitely Never Again (Nigdy w życiu), a romantic comedy directed by Ryszard Zatorski, based on a novel by Katarzyna Grochola, where Stenka starred opposite Artur Zmijewski.

In the same year she also scored three prizes for her guest appearance at the Wspolczesny Theatre in Wroclaw, where she superbly handled the part of Bradshaw in H. Barker’s Victory (Zwycięstwo).

She has played in the TV series, e.g. Divine Lining (Boża podszewka) and Extradition III (Ekstradycja III), as well as in countless TV theatre spectacles. Her interpretations have always struck the chord with viewers by whom she is universally admired.