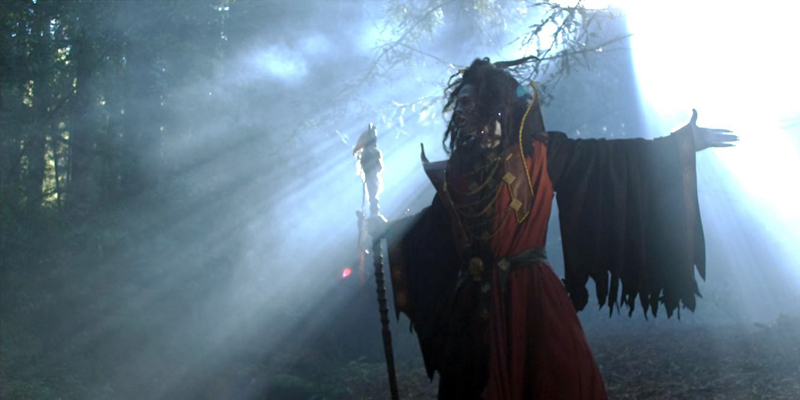 An ancient evil once threatened the lands of Aronmar, engulfing the world in darkness and nearly destroying all life. In a last effort to save their realm a group of warriors banded together to fight the Darkness. They were said to have found the source of magic, a mystical “Light” that flows through the veins of the land and gives life to all. These warriors became the powerful order known as the “Aegis of Light” and with the powers granted by the Light they were able to stop the Darkness from spreading.

Peace and harmony returned to the lands and with time, like all things, the memories of the Darkness withered away. With no signs of danger or of the Aegis warriors, the stories became myths, myths became legends and the Ancient Evil was forgotten. A thousand years have now passed and the Evil has returned, spreading and destroying everything in its path. The lands of Aronmar are once again being consumed by Darkness.

Two powerful warriors arrive to witness the destruction of an Elven village. Kara, an Elven warrior, who a thousand years ago used to call this burning town her home, along with a human Paladin knight, Dryden. The two may very well be the last of the powerful order of the “Aegis of Light”.

Can they stop this ancient evil and it’s minions as they did once before? Can the Aegis save Aronmar or will the Ancient Evil consume all on this Dawn of Darkness …