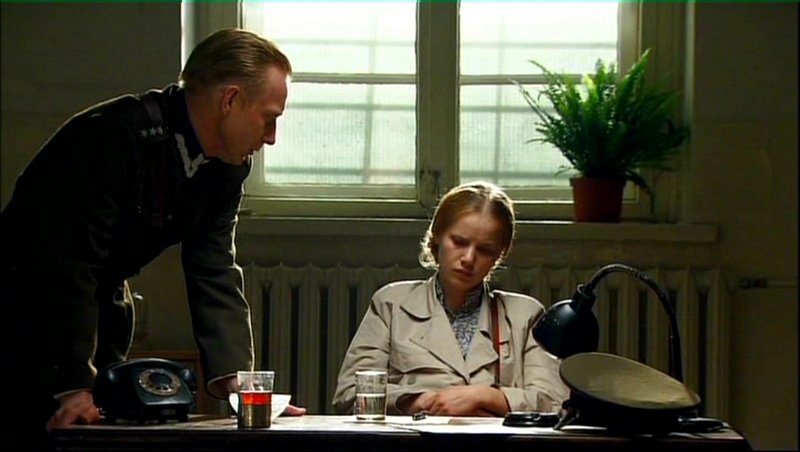 Doctor Halina is a docu-drama directed for television theatre by Marcin Wrona. The script, by Grazyna Trela and Marcin Wrona, is based on the memoir of Halina Szwarc (1923-2002) from the time that she worked for an anti-Nazi espionage group (Halina Szwarc, Wspomnienia z pracy w wywiadzie antyhitlerowskim ZWZ-AK, 1999 [Memoir of Activities in the ZWZ-AK Anti-Nazi Espionage]) The main character of the play is a modest Polish girl whose spectacular espionage work had a significant influence on the development of certain key events during the war from 1939 through 1944 in Germany, Austria and Poland. We meet Halina just before World War II when, as a smart and talented high school student and girl scout, she is considering her future. Unfortunately, the outbreak of war on 1 September 1939 changes everything and points her life in a totally unexpected direction. At the age of 17, she is recruited by an espionage organization and begins her work in Hamburg, Vienna and Berlin in the Reich. Frequently teetering on the border between life and death, she executes a series of perilous assignments. Halina’s courage and sacrifice, her amazingly strong character, her youthful fantasy and inner dignity, and finally, her respect for freedom, combine to make her a hero full of passion and a very arresting historical figure.