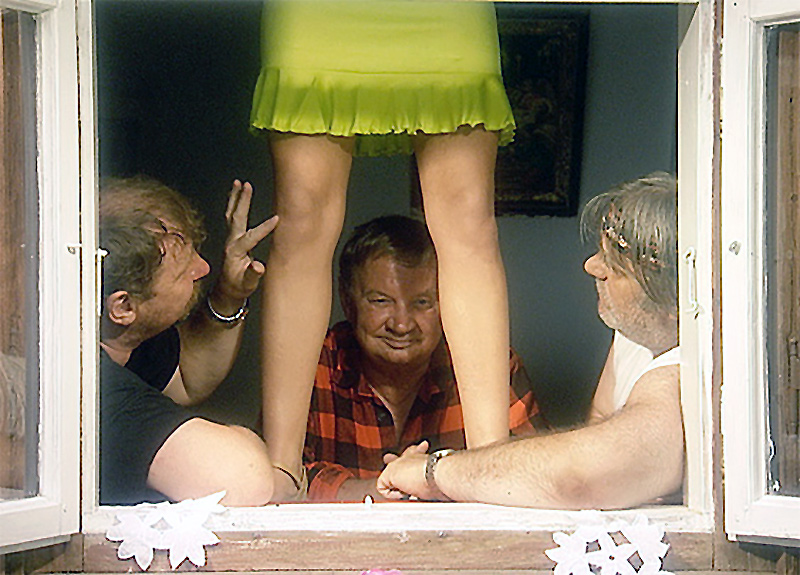 Cast
Story
Stasio Tuchała an elderly bachelor living in Sucha Wólka, is alone, after his sister’s left for America. Because he has problem running business, his friends decided to find him a wife. Two housewives and a Ukrainian woman Wiera want him, but Stasio dreams of a girl from magazine cover. Stasio, Wacław and Henryk placed an add in a newspaper. But it has nothing to do with reality – Stasio is not a handsome and wealthy brunette.
In the meantime a village mayor crossed his way with Morky – a leader of the gang from a neighbor village Mokra Wólka. The villagers expect revenge next Sunday.