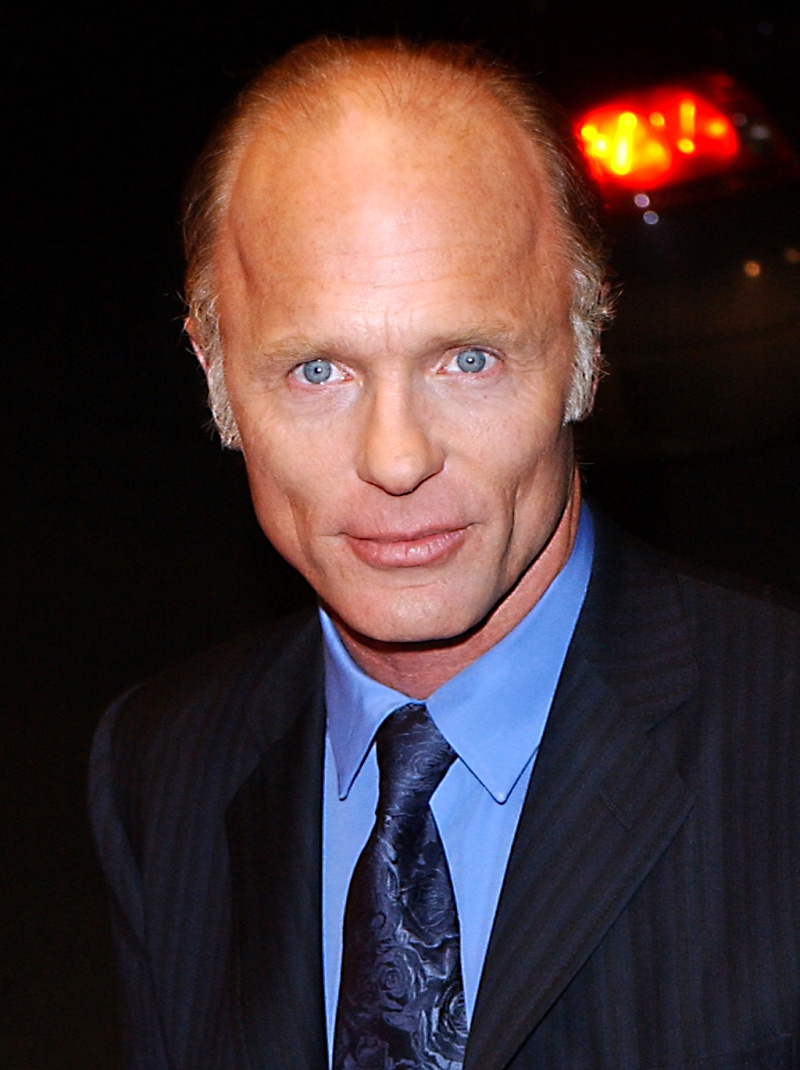 On the feature film Appaloosa, Ed Harris co-starring Renee Zellweger and Viggo Mortensen. Harris, who co-wrote the screenplay adaptation with Robert Knott, is the film’s director and is a producer. Set in 1882, and based on the classic novel by Robert B. Parker, the film revolves around two lawmen hired to bring order to Appaloosa, a dusty town suffering at the hands of a renegade rancher. The arrival of an attractive, beguiling widow disrupts their plans.

Harris co-starred opposite Nicholas Cage in the holiday season’s blockbuster thriller, National Treasure 2. Last fall he also co-starred with Casey Affleck and Amy Ryan in Gone, Baby, Gone, the critically-lauded directorial debut of screenwriter/actor Ben Affleck, based on the novel by Dennis Lehane (Mystic River). He will next be seen opposite Samuel L. Jackson in the thriller The Cleaner.

In 2006, Ed Harris starred on screen in the title role of Agnieska Holland’s Copying Beethoven. The film was Harris’ third feature film collaboration with director Holland. He also starred on stage in Neil LaBute’s one character play, Wrecks, at New York’s Public Theater. The play marked Wrecks’ U.S. debut, with Harris reprising the role he created for its world premiere in Ireland at the Everymen Palace Theatre.

In 2005, Harris co-starred with Viggo Mortensen in David Cronenberg’s critically acclaimed A History of Violence. His performance earned him a National Society of Film Critics Award for Best Supporting Actor.
He also starred in 2005 with Paul Newman in the HBO miniseries Empire Falls, based on Richard Russo’s Pulitzer Prize-winning novel, and directed by Fred Schepisi. He was nominated for a SAG Award, Golden Globe and Emmy, all as Best Actor, for that performance.

Harris’ other film credits include Winter Passing, Radio, The Human Stain, Buffalo Soldiers, A Beautiful Mind, Stepmom, The Truman Show (for which he received an Academy Award nomination and won the Golden Globe for Best Supporting Actor), Apollo 13 (for which he was nominated for both an Academy Award and a Golden Globe, and for which he won the Screen Actors Guild Award for Best Supporting Actor), The Right Stuff, A Flash of Green, Walker, The Third Miracle, Alamo Bay, Places in the Heart, Sweet Dreams, Jacknife, State of Grace, and The Firm.

His television credits include The Last Innocent Man, Running Mates, Paris Trout, and Riders of the Purple Sage (for which he and his wife Amy Madigan, as co-producers and co-stars of the film, were presented with the Western Heritage Wrangler Award for Outstanding Television Feature Film).

Harris starred on stage in the 1996 Broadway premiere of Ronald Harwood’s Taking Sides. He made his New York stage debut in Sam Shepard’s Fool for Love, for which he earned an Obie Award as Outstanding Actor. For his performance in the Broadway production of George Furth’s “Precious Sons,” he won the 1985-86 Drama Desk Award as Outstanding Actor. His other stage credits include Prairie Avenue, Scar, A Streetcar Named Desire, The Grapes of Wrath, Sweet Bird of Youth, and Simpatico, for which he received the Lucille Lortel Award for Best Actor.