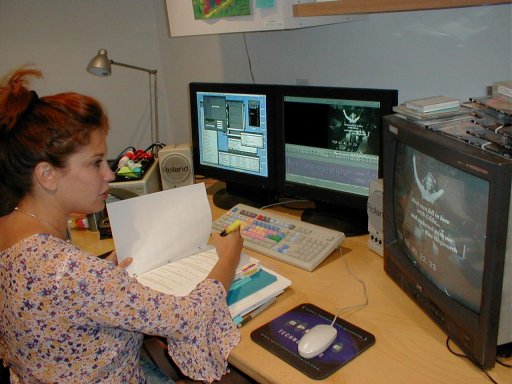 2002
The Aurora
for Marion Davies

Elaina Archer has a degree in Film History and Criticism from the University of Texas at Austin. She was an art director on feature films before taking a position as a photo editor at New Line Cinema. She moved on to a marketing position at BMG Music before working for five years at Timeline Films and acting as the manager of the Mary Pickford Library from 1996 to 2001. Elaina represented Timeline Films in program development. She brought five documentary film projects in the door, which she produced, co-wrote and edited. Included in that line-up of projects are the documentaries: Louise Brooks: Looking for Lulu; Clara Bow: Discovering the ‘It’ Girl; In Mary’s Shadow: The Story of Jack Pickford and Captured on Film: The True Story of Marion Davies. Clara Bow won the coveted gold Telly award in 2000, and Marion Davies won the Aurora in 2002. In 2003, she produced and directed the film, Rita, for TCM and Mr. Hugh M. Hefner, and in 2004 she co-produced and co-edited an episode of Deep Sea Detectives for The History Channel entitled Pearl Harbor’s Revenge. Elaina directed, co-wrote, edited and produced Gangland: Bullets Over Hollywood for Starz Encore Entertainment and Alta Loma Entertainment.