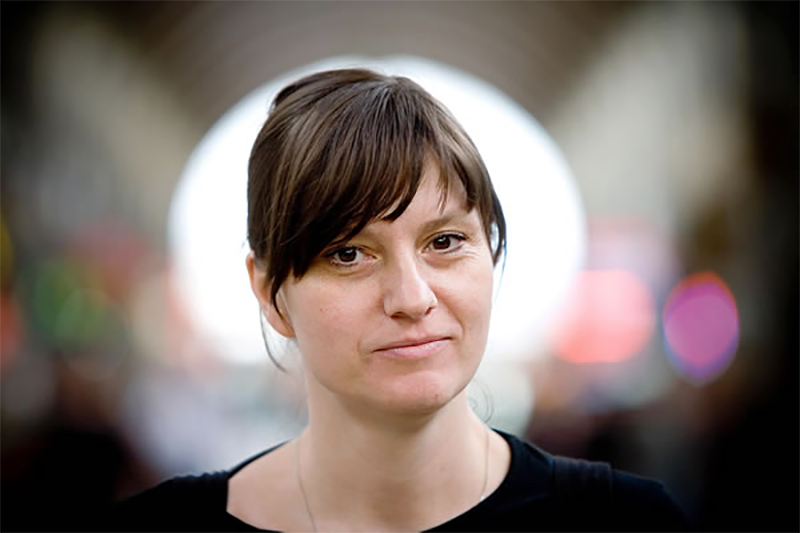 Ewa Stankiewicz is completing the renowned Film School in Lodz (Department of Film Directing). She took part in workshops with Agnieszka Holland, Wojciech Marczewski, Marta Meszaros. Before studying in Lodz she got her MA in Polish Philology at Wroclaw University. She worked as a reporter for Radio Des Droites De L’Homme (Human Rights Radio Station) in Paris, the Polish Radio in Wroclaw and several Polish TV Stations (TVN, TVP1, TVP2 ) making authorial documentaries for which she has been awarded numerous times (MARKETING DIVISION awarded at the International Short Film Festival in Cracow ’98; Polish Journalist Association Award for her radio documentary Rondo Alla Polacca, first Prize in the Public Radio Association Competition for A Parable About Life and Death and The Banquet; 2nd Prize at the International Radio Art Festival: So Far — We‘d Like to Thank You, Sir, and many, many others). Holder of a French Government scholarship. In 2003 she made her first full-length feature film Touch Me, awarded the Grand Prix for Best Independent Production at the Polish Film Festival, Gdynia 2003; Grand Prix at the Independent Filmmakers Festival- Slamdance Poland, 2003 and many other awards.