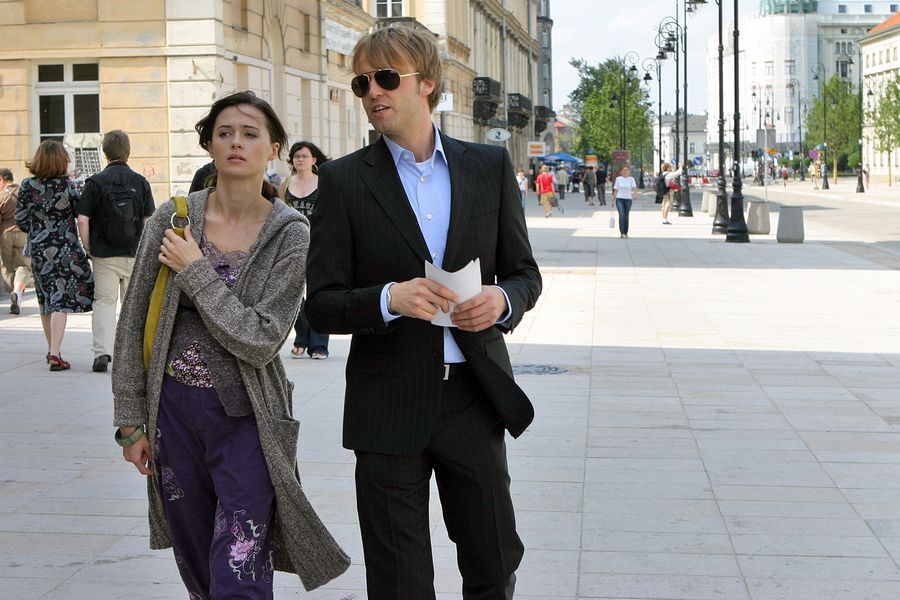 Ian (32) is a handsome lawyer “on a roll,” working for a legal firm in Los Angeles. He lives a life anyone would dream of. He is also an utter womanizer. One night he gets an unexpected call from Joanna, a Polish girl Ian dated a couple of months before. She calls from Poland to tell Ian that she is a minor, pregnant with his child. She spent her vacations in the U.S. working in a bar as a waitress. That’s where she met Ian. They had spent only one night together which has completely changed their lives. Ian doesn’t want Joanna to come to Los Angeles because of possible criminal prosecution against him. The next day, Ian lies to his boss about a sick grandma on the East Coast, and goes to Poland to pay Joanna off. Suddenly he finds himself in a completely strange town. The first conversations are harder than Ian expected,but after a chat with Joanna, things begin to look different between the two of them. However, Joanna overhears Ian’s phone conversation with his girlfriend in California. The conversation turns into an argument, and Ian gives Joanna a paper to sign stating that she releases him from any responsibility for the child. Ian goes back to the States, only to find his boss furious because a client has rejected the contract Ian was responsible for. He loses his job. Unexpectedly he is approached by two SEC agents who seem to be investigating his suspicious transactions in Poland which never took place. He gets into financial troubles, but he realizes what his real dream is about. Will he get his love back?