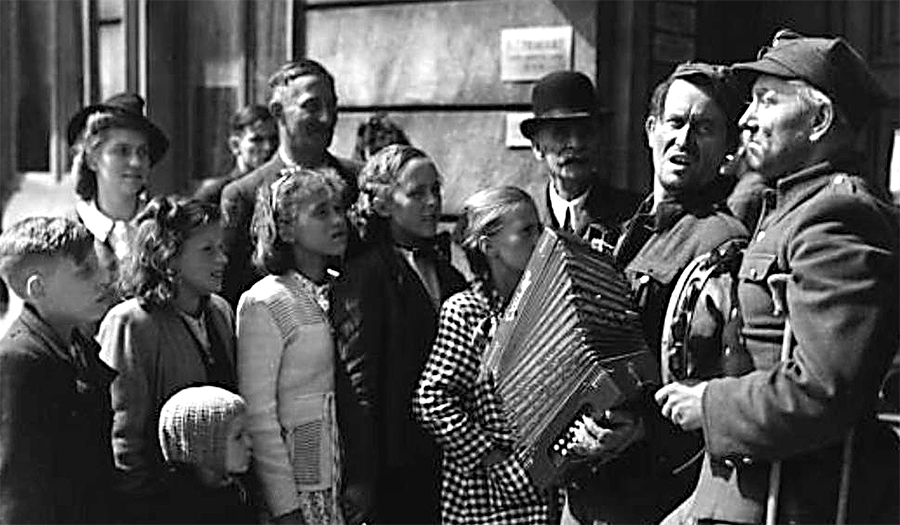 Forbidden songs (1947) was the first feature film released in Poland after World War II. Conceived and written by Ludwik Starski, the film remarkably adopted the genre of light musical comedy to portray the experiences of Warsaw’s inhabitants during the period of Nazi occupation. Although it was a huge box office hit received enthusiastically by Polish audiences, the film was ferociously attacked by critics and withdrawn from movie houses after just three months in order to undergo revisions that would appease Communist authorities.  The film draws heavily on authentic popular songs that were performed as acts of resistance during the war. Today the film remains an iconic record of Polish wartime history and a commemorative symbol of national survival.

A musician named Roman Tokarski, responding to a “call for songs” in the paper, appears at the Film Polski studio. Through reminiscences at the piano, he initiates a series of flashbacks that enfold each of the film’s forbidden songs into larger narratives about the fate of his family, other residents of their apartment building, and, more broadly, that of Warsaw’s civilian population as a whole.