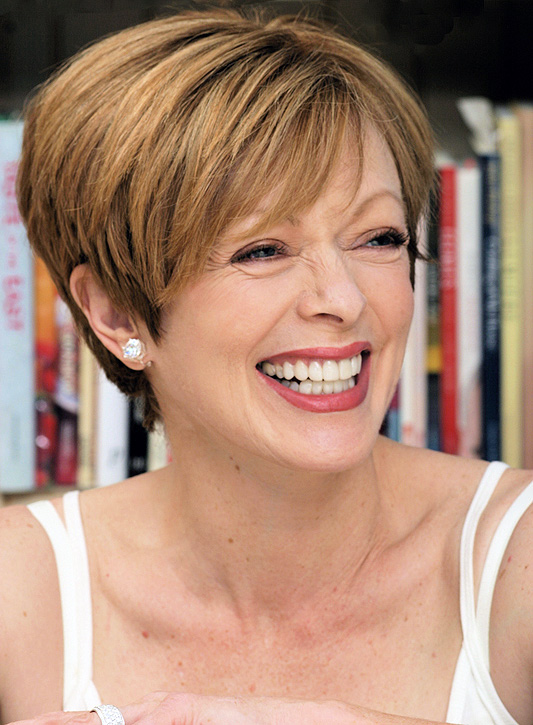 Born in Milford On-Sea, England, Frances Fisher’s itinerant childhood in Columbia, Canada, France, Brazil, Turkey, Italy and in various locations around the U.S. undoubtedly provided fodder for her thespian career.  After graduating from high school in Orange, Texas, Frances cut her teeth acting on Tennessee Williams and Robert Bolt in Orange Community Theater.  She also apprenticed at the Barter Theatre in Virginia before moving to New York City where her career quickly blossomed.

Fisher went on to star in over 30 theatrical productions both regionally and off-Broadway, including Fool For Love, Desire Under the Elms, Cat on a Hot Tin Roof, Orpheus Descending and A Midsummer Night’s Dream.  During this time she studied with Stella Adler and is one of the last three students selected by Lee Strasberg to become a member of the renowned Actors’ Studio.  Fisher earned a Drama-Logue award for Best Ensemble Cast in the world premiere of Caryl Churchill’s Three More Sleepless Nights.  Fisher’s most recent theatrical projects were Arthur Miller‘s Finishing the Picture at the Goodman Theatre in Chicago, The Cherry Orchard at the Mark Taper Forum, and Sexy Laundry at the Hayworth Theatre, both in Los Angeles.

Fisher began to build her film career with roles in Tough Guys Don’t Dance, Babyfever, Patty Hearst and Female Perversions.  She then added starring roles opposite Clint Eastwood in the Academy Award-winning Unforgiven and True Crime to her burgeoning resume.  Frances next starred in the Warner Bros. offbeat comedy The Big Tease opposite Craig Ferguson and The Rising Place for director Tom Rice, which was the Grand Prize winner of the 2001 Malibu Film Festival.  The versatile actress is perhaps best known for her memorable performance as Kate Winslet’s mother in Titanic, which garnered her a Screen Actors Guild nomination as part of Best Ensemble Cast, while the film went on to receive 11 Academy Awards.

In addition to her thriving movie career, Fisher has had many notable television roles.  She starred as Lucille Ball in Lucy & Desi: Before the Laughter, and as Janet Bouvier in Jackie O: A Life Story, both of which were CBS productions.  She recurred on the CBS comedy series Becker as Ted Danson’s love interest and on Titus for FOX.  Fisher also co-starred alongside Jennifer Love Hewitt in The Audrey Hepburn Story for ABC.

Fisher then starred in the 2002 Sundance Film Festival selection Blue Car for Miramax and writer/director Karen Moncrieff and co-starred as a lawyer in the Dreamworks feature House of Sand & Fog opposite Sir Ben Kingsley and Jennifer Connelly.  Frances also starred opposite Rob Lowe as a series regular on the NBC drama Lyons Den.

Frances was recently seen on the big screen in Universal Pictures The Kingdom opposite Jamie Foxx and directed by Peter Berg, Dan Ireland‘s Jolene and Paul Haggis‘ In The Valley Of Elah with Tommy Lee Jones. While on the small screen she has completed roles on The Shield, Eureka. The Mentalist, and the TV Movie Backyard Wedding.

On a final note, Frances palys one of the leading roles on The Lincoln Lawyer directed by Brad Furman.