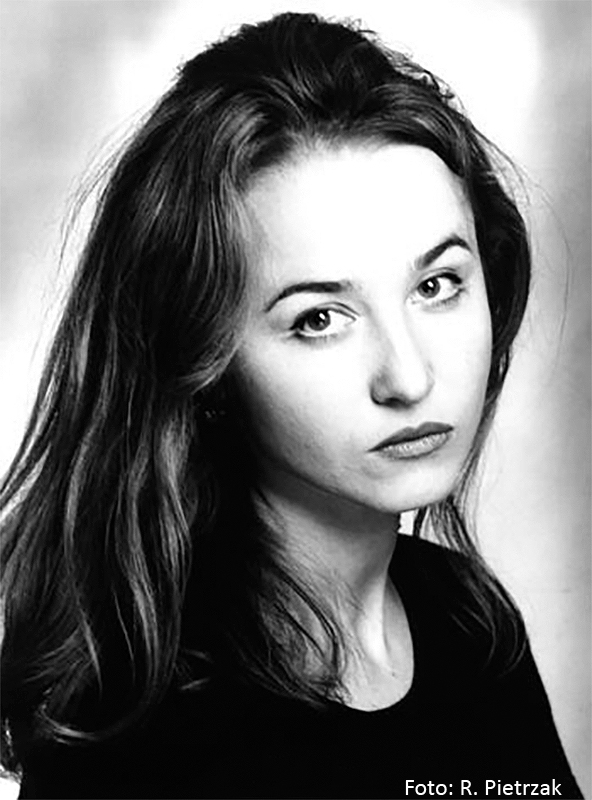 Film and theatre actress. Born in Klodzko, Poland. In 1994 graduated at the National Film Television and Theatre School in Łódź.

Performed at Theatres in Łódź and in Warsaw (among others main roles in “Agnes of God”, “The Glass Menagery”, “The Wizard of Oz”, “Antigone”, “Rutherford and Son”, “Merylin Murlo”, “Suicide”), as well as in Feature Films and TV Movies (among others Queen of Angels by Mariusz Grzegorzek, Malopole Means World by Jan Jakub Kolski, “On His Resemblance” and “One Long Winter Without Fire” by Greg Zglinski, The Death of Cavalry Captain Pilecki by Ryszard Bugajski).

For her roles she’s got many awards, including the “Ministerial Award” of The Polish Minister of Culture for the part in the monodrama “Trip to Buenos Aires”, to which she was also co-author.