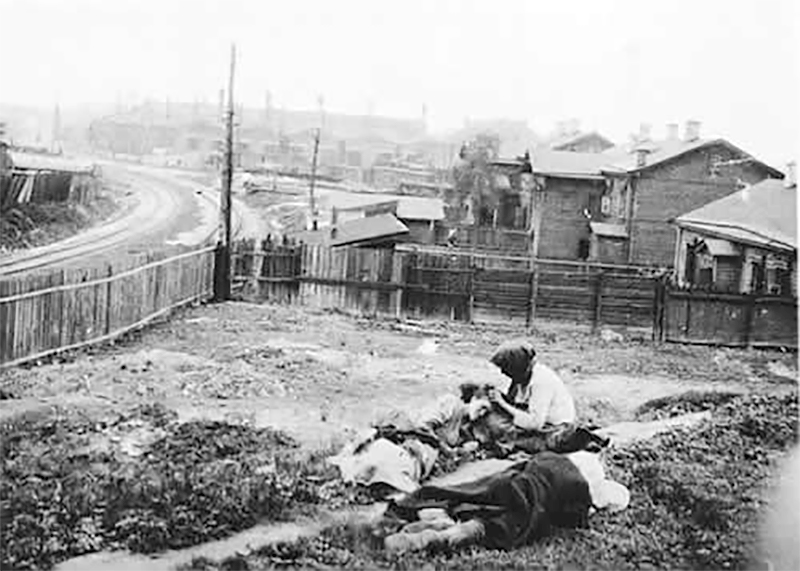 In 1932-33, Ukraine, the breadbasket of the Soviet Union, had bountiful crops of grain, yet its people were dying of starvation. In order to crush the will of the independent-minded Ukrainian peasants and secure collectivization of all Ukrainian lands, Joseph Stalin ordered an army of ruthless, Communist Party activists to confiscate all harvested grain and seize all the nourishment in the villages. As a result of this genocidal decree, by the end of 1933 nearly 25 percent of the Ukrainian population 7-10 million people, including 3 million children had perished! In the face of terror, Ukrainians had little possibility of escaping their horrific fate to create another life elsewhere. Travel was banned for Ukrainians keeping them confined in a prison of starvation within their own villages. Stalin’s crimes were not only against Ukraine. The Katyn killing of thousands of Polish army officers, including Ukrainians in the Polish Army, during World War II by Stalin’s secret police was confirmed by Boris Yeltsin after the collapse of USSR in 1991.