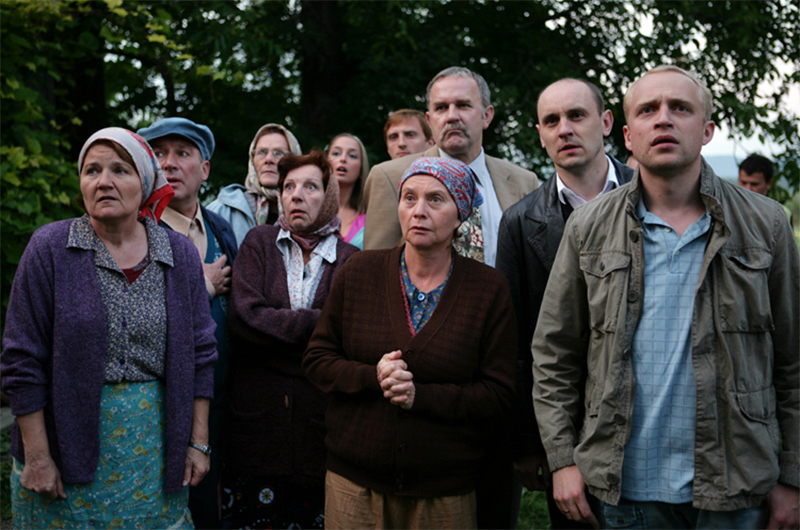 Leszek’s Swedish cleaning service allows him and his wife, Motema, to lead a comfortable life. After the news of his father’s death, he immediately decides to go home. His home is a little village on the south side of Poland where the water is still being pulled from a well, and people live off of farming and raising animals. Once there, Leszek and his brother Janek learn that they inherited an old barn and even an older car. Leszek is furious, Motema wants to go back to civilization, Janek is harassed by mafia, and the villagers believe that the car works miracles because… it once belonged to John Paul II. Together with Janek they work to solve the mystery of the car… A comedy of incidents that cannot be missed!