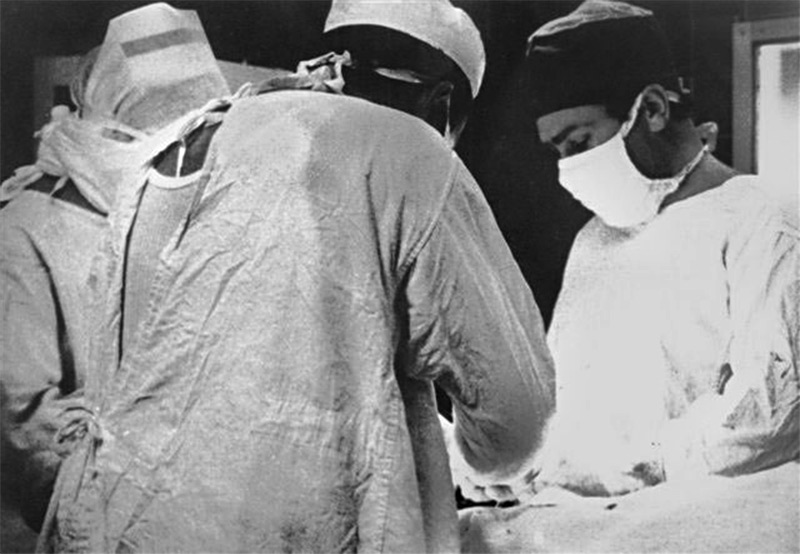 Story
The camera follows orthopedic surgeons on a 32-hour shift. Instruments fall apart in their hands, the electrical current keeps breaking, there are shortages of the most basic materials, but the doctors persevere hour after hour. Kieslowski is as much impressed by the dedication, stamina, compassion, and humor of the surgeons as he is by the crumbling environment of 1970s Poland within which they have to work

“In “Hospital” we had a classic situation – like a primer on documentary filmmaking – in which one has to try to get well acquainted with the subject and the people about whom one will speak, in order to be able to photograph what’s meaningful. (…) I had planned it to be a film on something else, not about doctors. It was meant to be a film about the fact that in all the mess surrounding us, in all the dirt, ineptness, and human impotence, in which nothing can be fully accomplished, there are still a number of people who achieve a real sense of accomplishment. I looked for a long time among different professions. (…) In the end I thought that maybe it should be doctors. We started to look among doctors, among surgeons, and at last I hit upon a particular hospital. There really was an exceptionally sympathetic and human atmosphere in this one. (…) The doctors were so open and we became such friends that they behaved while we were there as though we were not there. That’s why documentaries take so long to make, something people don’t realize. And particularly today’s TV reporters do not know about it. They come, they put the mike under someone’s nose, and make him answer some question. Some answers are wiser and some are stupid, but there is no real truth in any of them”. (Krzysztof Kieslowski)