I Love a Hooligan 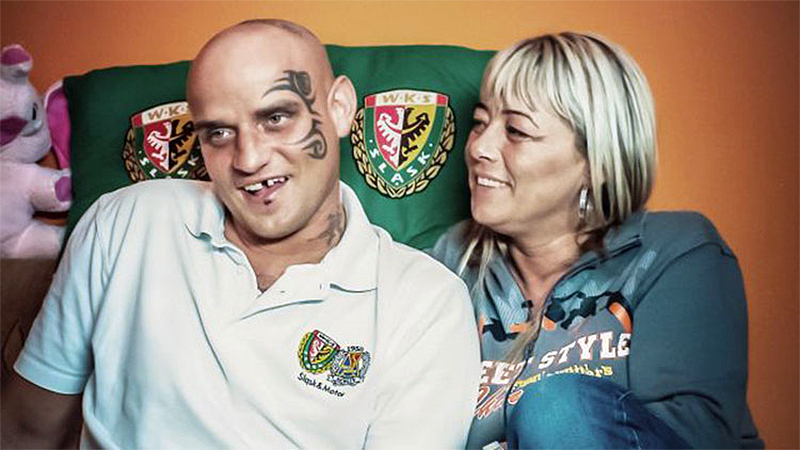 Sometimes reality is stranger than fiction, and such is the case of Mariola and Krzysiek, who are seemingly opposite in all walks of life. What’s more, they support different rival Polish football clubs whose fans hate each other. She is a single mother and store manager leading a normal life. He is a younger, tattooed convict who has served nine years for brawls and robberies. They met on the Internet and fell deeply in love.
I Love a Hooligan is a documentary depicting a modern day Romeo and Juliet.