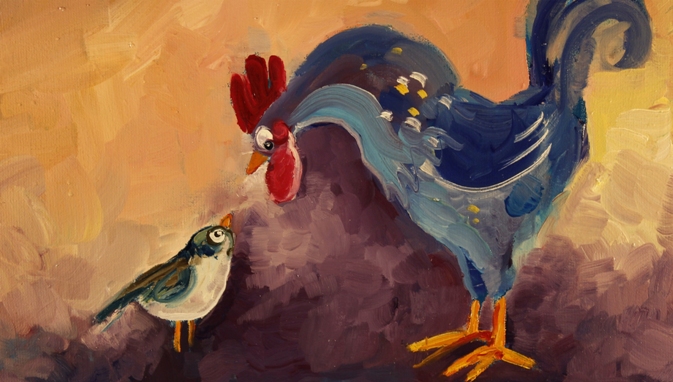 An auteur animated film for children (no age limits) in the “Paint me a fairy-tale…” series, produced in the painting animation technique directly under the camera.

It is a funny, but also true story of a certain rumour. This subject has always been topical, especially now, in the era of audio-visual media, tabloids and the Internet. The story is set in the suburbs of a certain Hen Town. The behaviour of the poultry and other birds is a caricature of human reactions and emotions caused by spreading rumours.