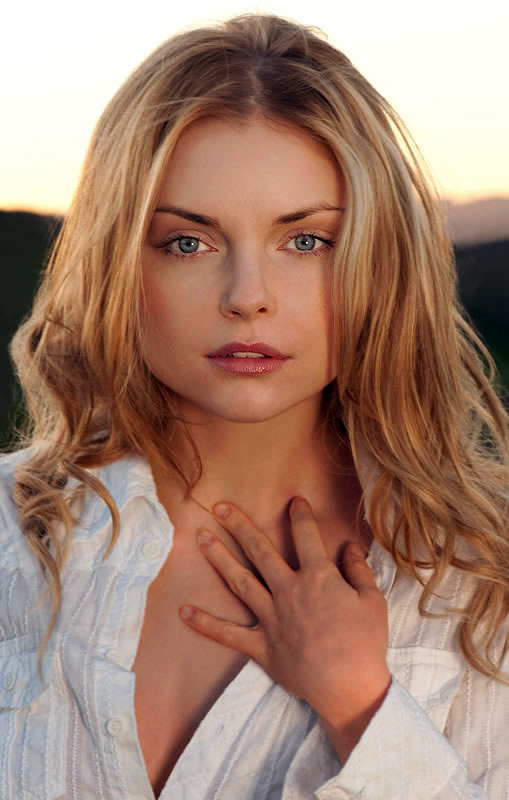 Born in what was still Communist Poland in January 1981 to accomplished thespian parents, Grazyna Dylag and Aleksander Mikolajczak, Izabella Miko could dance before she could walk. She began to pursue her dream career as a ballerina as soon as it was available to her at the age of 10. Izabella was accepted to the National Ballet School in Warsaw and though her teachers were concerned about what seemed to be some flexibility limitations of her body from the start, Izabella was determined to realize her dream. She would simply need to train harder and longer than the other dancers, and so she did. Izabella became so accomplished, so quickly, that at the age of 15 she was recruited to come to NY on full scholarship and study at the School of American Ballet. Izabella was on her way to the NYC Ballet and the spotlight of her dreams. However, in 1997 Izabella’s body could no longer withstand the rigors of a 7-day a week ballet-training schedule and gave in to vertebrae, knee and ankle injuries. In a blink, Izabella’s career as a ballet dancer was over. She found herself 17 years old and wondering what career she would ever find that would emblazon her soul the same way dance did. It didn’t take long for destiny to reveal its new and improved plan for Izabella Miko. While freshly back in Warsaw and recovering, a casting director who was working with Izabella’s parents asked if Izabella would play a part in a TV movie “Lithuania You’re My Motherland“. She accepted not knowing where else to turn. From the first moment in front of the cameras, Izabella was hooked. Her calling to act rang so loudly in her heart that it was unmistakable and made so much sense out of what was up until that moment a confusing disappointment. Once bitten by the acting bug, and never a lady to do anything only half way, shortly before her 18th birthday, Izabella was headed back to America only this time, as an actor. She immediately began training at The Lee Strasberg Theatre Institute and laying the groundwork for a successful career as an actor. Sewn instantly into the hearts of everyone she meets, it didn’t take long before the business urged Izabella to become a bi-coastal performer. She came out to LA just after she turned 18 and from a short and magical series of events landed a much sought after role in Jerry Bruckheimer‘s “Coyote Ugly” playing the heartbreaker “Cammie” Izabella’s role in the film put her on the fast track in Hollywood not to mention a slew of magazine covers and billboards as well! She followed this debut up with a leading role in J.S. Cardone’s “Forsaken“. With a deep passion for dance, movement and the spotlight ever in her soul, Izabella has been starring alongside hugely accomplished actors Derek Jacobi and Michael Lonsdale in the feature film “Bye-Bye Blackbird“. Her portrayal of Alice, a circus trapeze artist in the early 1900s, is the perfect combination of Izabella’s most innate talents. Izabella prepared for this role with a rigorous, three-month, training schedule on both the flying and static trapeze.

Izabella followed with leading roles in “The Shore“, “Park“, “The House of Usher“, “Crashing“, “Save the Last Dance 2“, “Flakes“, “Dark Streets” and “Repo“. In addition, she appeared in 2nd season of HBO’s Golden Globe and Emmy Award-winning “Deadwood“, and in The Killers‘ video for “Mr. Brightside“. Last year she appeared in “Fake Identity” with Val Kilmer and “Clash of the Titans” playing Athena. She can be currently seen on NBC’s “The Cape” playing an aerial artist and a Carnival of Crime gang member and later this year in “Two Jacks” starring Danny Huston and Sienna Miller. Izabella is also a passionate environmentalist and a founder of EkoMiko, a non for profit foundation that teaches people aboutgreen living in a very fun and interactive way. In order to support the foundation she launched and eco luxury body candlelin – EkoMiko already a favorite of many celebrities. EkoMiko Candles can be purchased at www.shopekomiko.com.