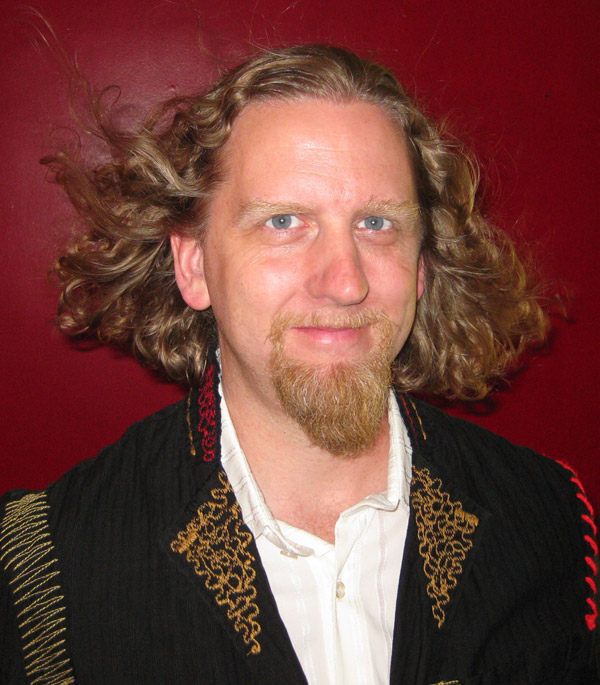 J-Walt is a performer interactive designer, filmmaker, graphic artist, and composer. For two decades, he has been at the forefront of interactive art and computer performance, expanding the uses of computer animation into uncharted territories. His Spontaneous Fantasia performances combine aspects of animation, video games, music, theater, dance and architecture into a seamless new art form. He has performed for thrilled audiences around the US as well as in Amsterdam, Hamburg, Edmonton, and Singapore.

In March of 2006, J-Walt won a Technical Academy Award for his development of a real-time pre-visualization system, and in 2003, he received a Themed Entertainment Award for a digital puppetry attraction, one of many digital puppet projects he’s developed over his career.  He produced location-based video games for Sony.  He was a founding member of Disney’s VR studio, which created a state-of-the-art virtual reality experience for Disney’s EPCOT center in 1995.

J-Walt grew up in Evanston, Illinois, and attended the Experimental Animation department of CalArts, graduating in 1988.  J-Walt’s movies and images have been exhibited at Ars Electronica, SIGGRAPH, MOCA, Sinking Creek Film Festival, New York Animation Festival, and others. In his spare time, he organizes the Los Angeles Abstract Movie Workshop. He lives in Altadena, California.