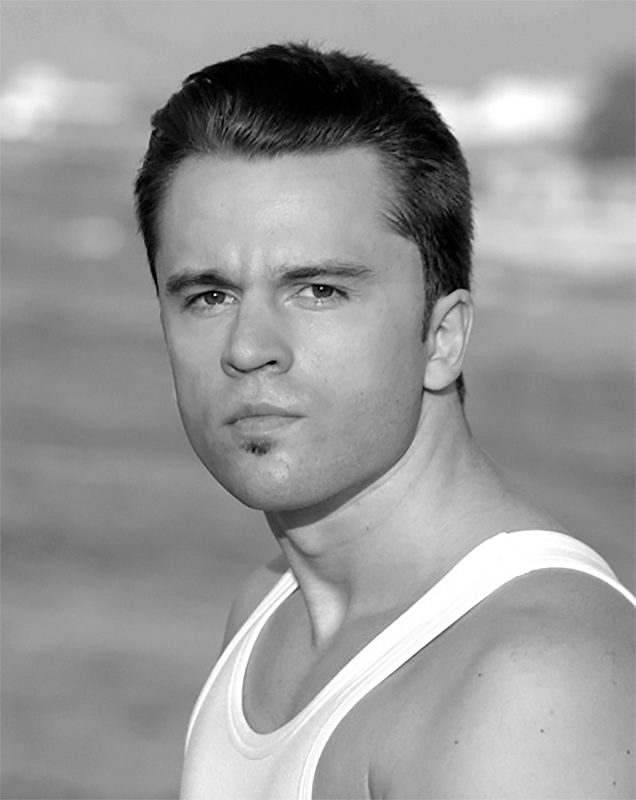 Born in Warsaw, he was admitted to The Warsaw School of Ballet. After 8 years he received a scholarship from The Central School of Ballet in London. He performed with Ballet Central than for two years he toured with The Northern Ballet Theatre. In 1998 he signed a contract with the Het Nationale Ballet in Amsterdam. In his free time he studied acting at the Department of Acting Amsterdam. He developed an interest and passion for filmmaking and helped direct, produce, edit and did art design on dozens of short films. Before living for Hollywood he made his first own short film 11.

In Hollywood he studied acting with Ivana Chubbuck. In 2008 he retired from the Het Nationale Ballet and moved to Los Angeles and studied at the Los Angeles Film School. The culmination of his study was the production of his thesis film Stigma, which he wrote, produced, directed and starred in.

In 2010 he started his own film production company called Pineal Films Production and currently spends his time traveling between Los Angeles, Amsterdam and Warsaw.