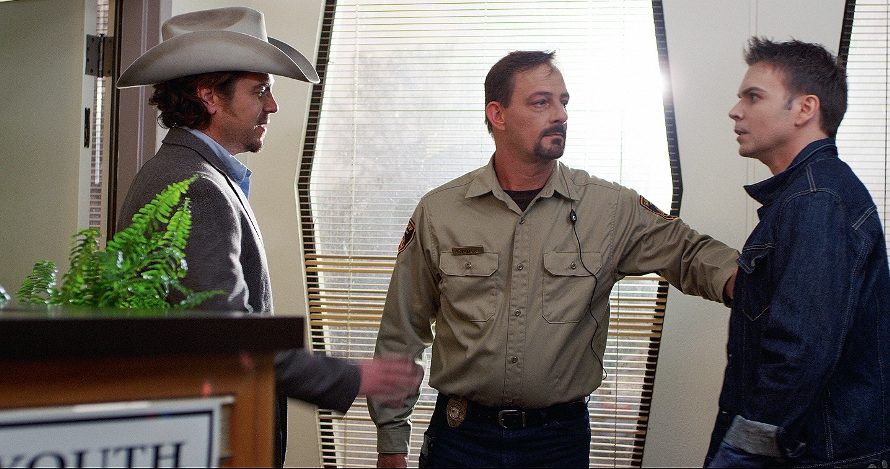 Junkie (Miles to Go in Europe) takes place in a small town governed by Sheriff Corbin. The town is overrun by rampant drug use, and it seems drug dealers loiter in every single alleyway. Sheriff Corbin’s mission is to clean up the town and his department carries out daily drug raids in an effort to achieve the goal. June Taylor has fallen prey to the drug induced windfall, and has hit rock bottom as she has begun selling her body for her next fix. Her brother Xander Taylor has made it his mission in life to save his sister from herself, so his first step is to stop the local drug dealers from selling to her. He decides to confront one of them, and shortly afterwards he goes missing.

Inspired by true events, a small town is ravaged by drug use, and the source and method of distribution is a complex web that the local Sheriff, (Christian Kane) is tasked with tying to untangle. A young woman, “June” (Anna Easteden), is a local junkie who has hit rock bottom, but after discovering her brother “Xander” (Peter Wrobell) has gone missing, she trades a needle for a gun, and sparks an explosive conflict with the local cartel. When you’ve lost the will to live, you aint afraid to die. inspired by the true events depicted in the novel JUNKIE – Broken Wings.