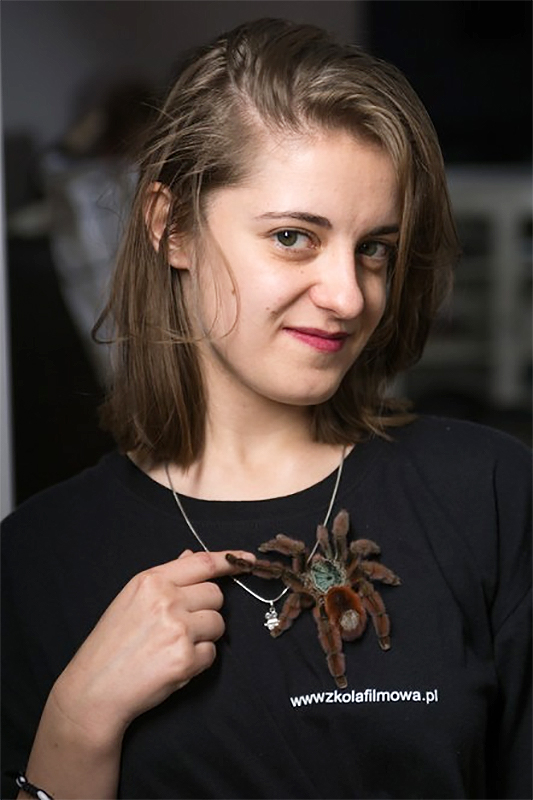 Bio
27 years old and a student of the third year (2017) of film directing at the Warsaw Film School. In her films she tackles important and uncomfortable topics. Love for genre cinema resulted in creation of short horror films. Her short Jadlowstret from 2017 was accepted to many festivals of independent cinema.