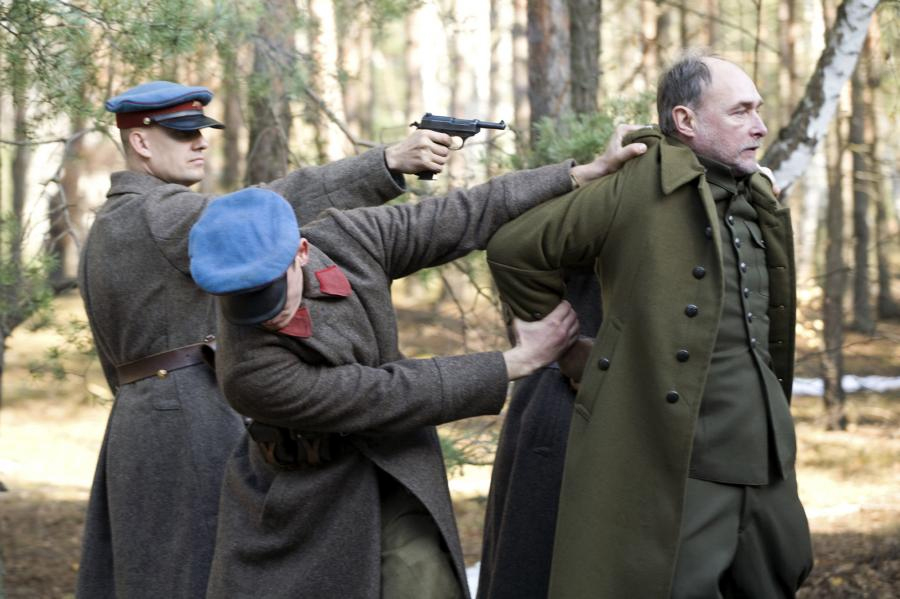 Cast
Story
As a result of the Soviet Union’s invasion of Poland on September 17, 1939, 4,500 Polish officers and officer cadets were taken captive and imprisoned in a prisoner camp in Kozielsk in the USSR. by order of Stalin most of them were executed in Katyn near Smolensk in April and May 1940. All together about 22 thousand officers, soldiers and policemen imprisoned in three camps: Kozielsk, Ostaszkowo and Starobielsk were murdered.

In 1943 the Germans announced that they discovered the graves of those murdered by the NKVD in Katyn. The Soviets denied this fact and accused the Germans of the crime. The Soviets deliberately fabricated evidence to try to authenticate their lie. In communist Poland telling the truth about Katyn resulted in persecution by the Secret Police. “Katyn” does not tell the story of the Katyn massacre, rather the film tells about the Katyn lie. The families of the murdered had to live with the awareness of not only this immense crime, but also of the cynical lie fabricated by the Soviet state. These families’ fate is the main subject of this film.