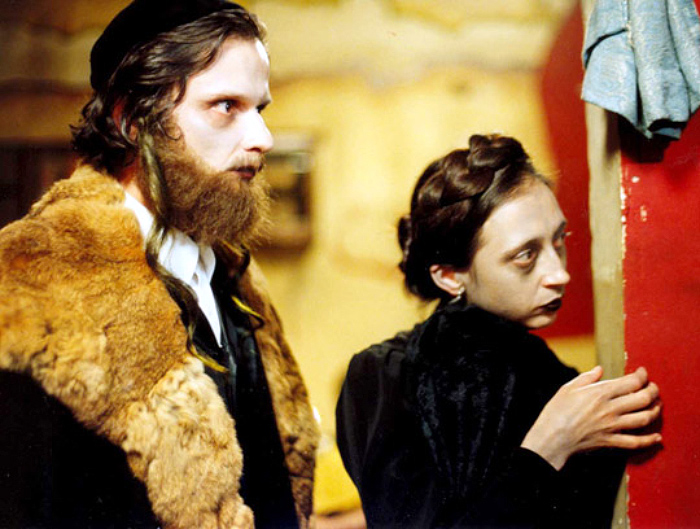 The Jewish district of Cracow, Kazimierz, starts again pulsating with life, becoming the most favourite place of meetings for young people who look for an entertainment. Though the history smeared in an inhuman way the world of his legal citizens, their presence has still been there, almost substantially, sensible. The deads feeding themselves by the memory of the alive usurp this place. The short impressional film has been made base on the novel by Irek Grin upon the invitation from The Festiwal of Jewish Culture in Cracow. The Artists, connected with the district, working at this film, have done it for the idea. They have managed to tell the impressive story about lost souls.