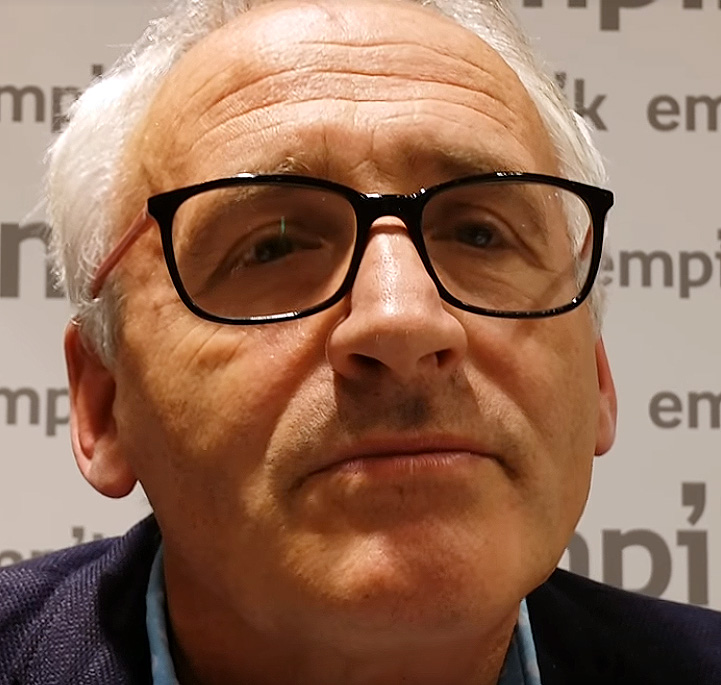 Polish born Krzesimir Debski‘s musical career spans performance and composition for feature films, television, opera, classical music and commercials.
He studied composition and conducting at the Paderewski Academy of Music in Poland. Following graduation, Debski became interested in Jazz. Since 1982, as a leader and violinist of the String Connection (a jazz ensemble), he has performed in the United States, Canada and over 25 countries in Europe.

Debski has been awarded numerous prizes for his Jazz musicianship and composition work. The prizes include: first prize at the WORLD COMPETITION OF JAZZ ENSEMBLES (Belgium), the STANISLAW WYSPIANSKI AWARD from The Ministry of Culture (Warsaw, Poland), readers of the monthly jazz magazine JAZZ FORUM have bestowed upon Debski the honor of MUSICIAN, COMPOSER AND VIOLINIST OF THE YEAR from 1983 to 1986. DOWN BEAT magazine rated Krzesimir Debski among the top ten violinists in the world.

Since 1986, Debski has curtailed his concert performance activities and concentrated primarily on composition. He has composed more than 50 symphony and cameral pieces, including an opera, 2 symphonies, religious works and 9 instrumental concertos. In 1986, he received first prize at the 25th ANNIVERSARY SPRING FESTIVAL OF MUSIC, COMPOSERS COMPETITION in Poland. In 1988, The Canadian Film Academy nominated Debski for a GENIE AWARD. That same year, he received a special award for his musical work with children by the Prime Minister of Poland.

As Deputy Chairman of the POLISH ASSOCIATION OF CONTEMPORARY MUSIC, Debski has written music for film, theater, symphony, chamber orchestra and experimental ensembles. This past year, as composer, conductor, arranger and orchestrator for Sony Classical Records, Debski won the FRYDERYK (the Polish equivalent of the Grammy Award). He was also awarded THE INTERNATIONAL FILM MUSIC ACADEMY, coveted PHILIP PRIZE presented to him by the legendary film composer, Ennio Morricone.