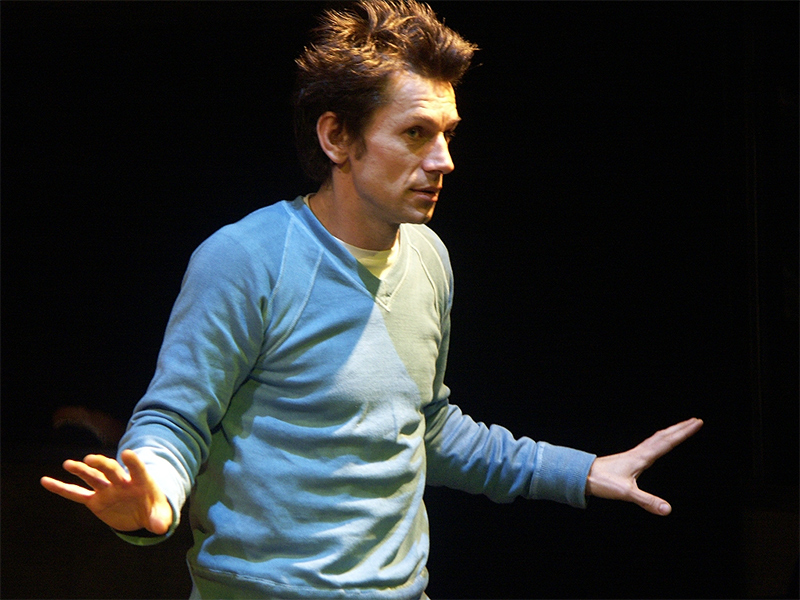 One of Poland’s most interesting theatre directors; born in 1962. Warlikowski studied history, Romance languages and philosophy at the Jagiellonian University in Krakow. In 1983 he left Poland and spent most of the ensuing years in Paris, where he attended a seminar on classical theatre at the École Pratique des Hautes Études and studied philosophy and French language and literature at the Sorbonne. In 1989 he returned to Poland and passed the entrance exams for the Theatre Directing Department of the State Higher School of Theatre in Krakow. Warlikowski had an opportunity to meet Peter Brook, Ingmar Bergman and Giorgio Strehler personally by taking part in workshops they led. Brook ultimately asked the young director to work with him on an operatic production titled Impressions.