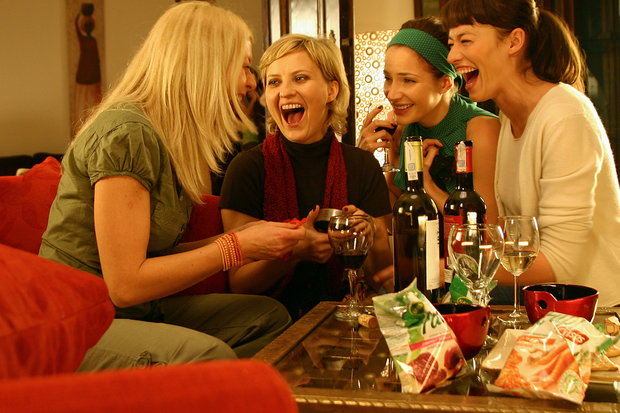 Story
The film Lejdis is a humorous story about four normal women in their thirties, and their wild and strong emotions and experiences during the year. We meet Mona, Lucja, Gosia and Korba on New Years Eve. The difference is that this isn’t a normal New Years Eve, but a Lejdis event, organized for the last 25 years in the middle of summer. As we all know this is a time for New Year’s resolutions. The ladies talk about their plans for the next year. Lucja, a biology teacher, who is raising a son by herself, dreams about getting married. Gosia, wife of a European Parliamentarian who works in Brussels, dreams about getting pregnant. Monia, wife of a millionaire who is totally in love with her, dreams about getting breast implants and the single Korba dreams that nothing in life will change. Will any of their dreams come true? The next few hours show that it’s going to be difficult. Why? It’s obvious: due to the foulness of men. In that very same night Monia and Korba catch Marek, Lucja’s partner, cheating on her. Marek in order to avoid a giant scandal unexpectedly asks Lucja to marry him. That way her friends won’t be able to say that her unfaithful fiancée isn’t worthy of her companionship. They keep the secret to themselves. Soon it turns out that Marek’s little episode is just the beginning of their problems. During one year their lives completely change. Happily there is one thing that remains; friendship, which allows them to get through affairs, get revenge and build new relationships.