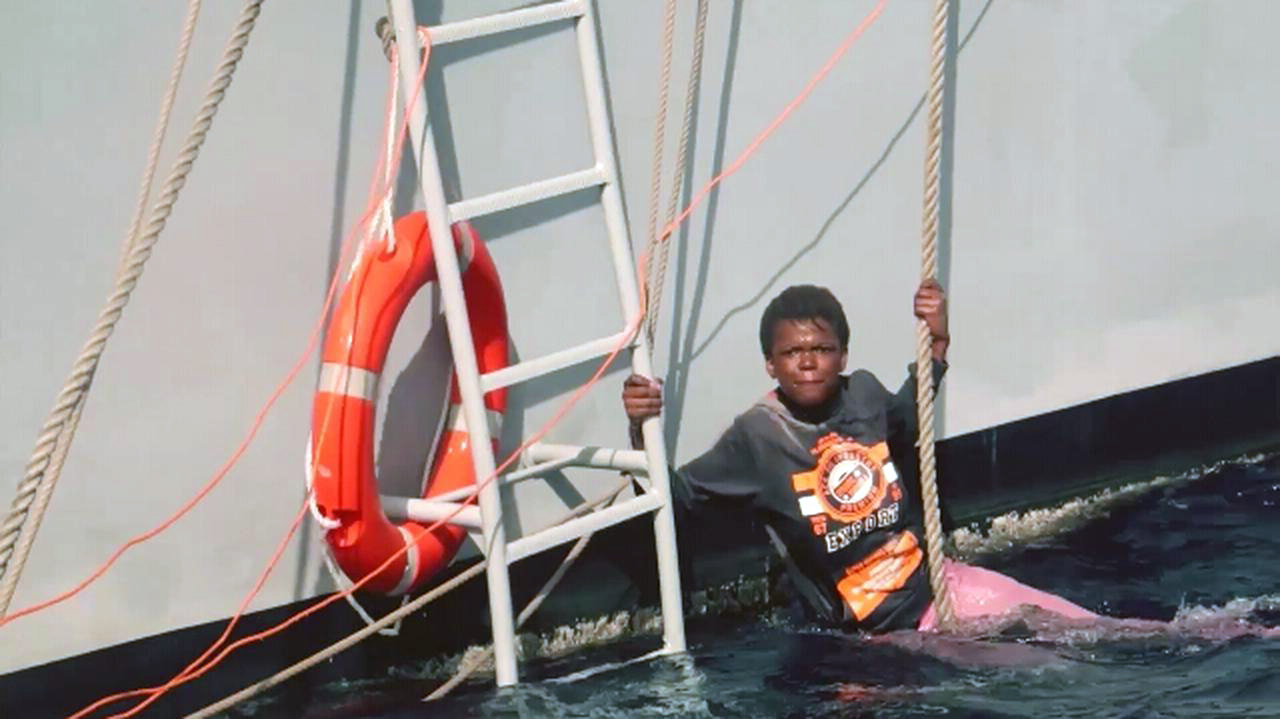 Let Them Drown is a heartbreaking documentary about refugees.

Carrying a pink backpack, her colouring books and her exercise books, nine-year-old Maimouna hops along on her run up the hill to a French school. A year earlier, she travelled the world’s most dangerous migration route. Fishing out dead bodies drifting on the water has become a part of everyday life there. Every day, an average of nine migrants die in the Mediterranean Sea, trying to get from Libya to the shores of Europe in dinghies. The price of one human life saved at sea ranges from 64 to 181 euros, according to calculations by NGO volunteers who rescue migrants at sea.
In addition to the risk involved in running operations on the high seas, they face criminal charges and the prospect of imprisonment on a daily basis. Their actions are criticized and countered by the governments of some European countries. At the same time, politicians fund the brutal and ruthless actions of the Libyan coastguard and pay for sending migrants back to detention centres in Libya, which they themselves call “hell on earth”.