Life Is a Dream in Cinema: Pola Negri 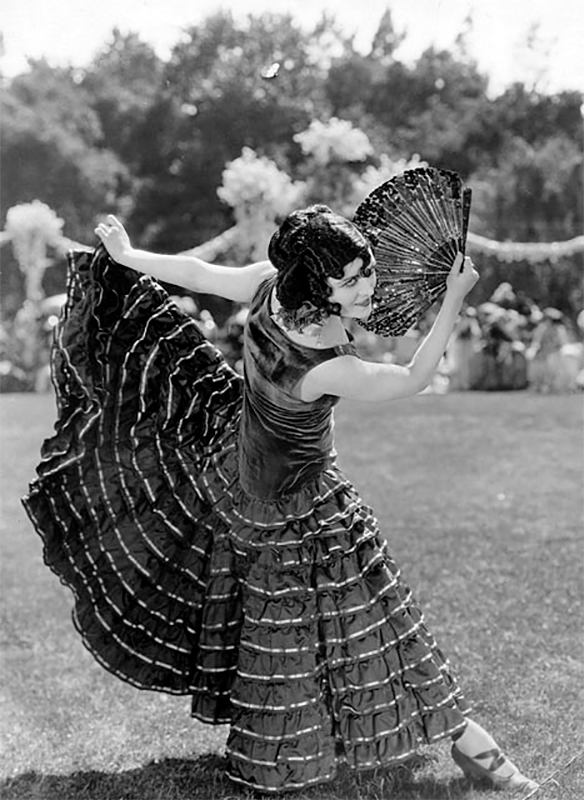 The documentary is based on research of Pola Negri’s life and numerous interviews with people who knew or worked with Pola Negri or studied her films including the Academy-Award Winning actress Hayley Mills, actor Eli Wallach, film historian Jeanine Basinger, Paramount producer A.C. Lyles and many others. The film includes numerous clips from Pola Negri’s movies and shows the incredible range she demonstrated through silent films into talkies and from black and white into color.

Pola Negri (Barbara Apollina Chalupiec) was born in 1894 in Janowa, Poland. After her father was arrested by the Russians and sent to Siberia, she and her mother moved to Warsaw in 1902. She was to spend her formative years in dire poverty. As a teenager, Pola auditioned and was accepted to the St. Petersburg Imperial Ballet. Due to an illness which ended her dancing career, she soon switched to the Warsaw Imperial Academy of Dramatic Arts and became an actress. by 17, she was a star on the stage in Warsaw, but World War I would soon change the theater scene. Pola turned to films. Her first main role was in the film, The Beast in 1915.With her new career in pictures and her stage success in Sumuru, she went to Berlin and was teamed with German director Ernst Lubitsch. The Lubitsch-Negri combination was very successful and the roles that Pola played were of earthy, exotic, strong women. One of her films, Madame du Barry (1919) was optioned and retitled as Passion (1919) for presentation in America. The film was such a success that by 1922, Pola and Lubitsch were both given contracts to work in Hollywood. While her first few films showed some success, they were overshadowed by her reported romances with such stars as Chaplin and Valentino. Forbidden Paradise (1924), made with director Lubitsch, and Hotel Imperial (1927) were two of her more successful films. But three things conspired to end her career in Hollywood. Pola made a spectacle of herself when she threw herself on the late Rudolph Valentino‘s coffin at his funeral in 1926. The fans felt she was acting in public and began to turn away from her. The Hays Office, which regulated film content, would not allow her to portray the vamp roles that had made her famous elsewhere. And finally, her thick accent would not play in the sound pictures that were coming into vogue. Pola Negri returned to Europe and eventually made films for UFA. In 1941, Pola returned to America penniless and met in New York Margaret West. She made the movie Hi Diddle Diddle in 1943 and became an American citizen in 1951. Her next and last movie was The Moon-Spinners (1964). She acted in 62 movies. Retiring to San Antonio, Texas she died on August 1, 1987 at the age of 93.

Her star on the Walk of Fame is at 6933 Hollywood Blvd.