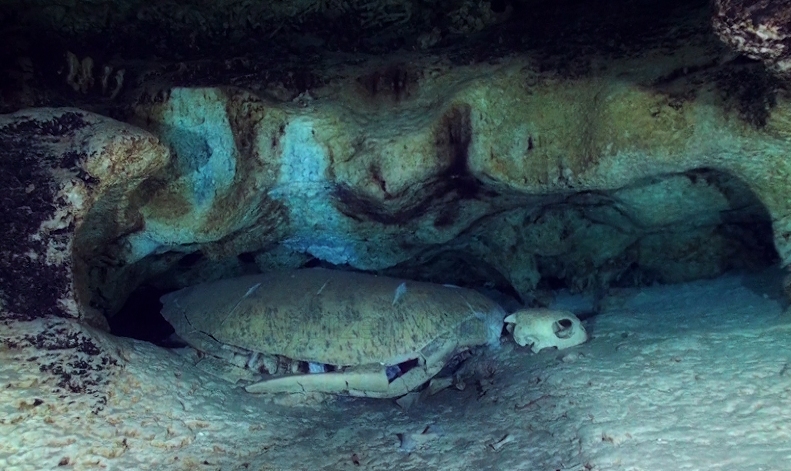 Story
Limbus means the abyss, the first circle of the Dantean Inferno to which the innocent souls of the anabaptized were sent.
By the shore of the wild Borneo Island lies a tiny piece of land – Sipadan. The islet is an extinct volcano created within thousands of years by the lava and generations of anthozoans. It hides the dark secret. In the interior of the island time and nature created a dangerous cave. It is death that sleeps in the underwater abyss filled with darkness. The Turtle Cave has its guardians but one can elude them by plunging into the absolute darkness.

Limbus Chelonidum is the world’s first documentary film fully unearthing the mystery of the death of thousand creatures throughout thousands of years of the cave’s history. The Dantean journey of three scuba divers leads to the confrontation with the greatest mystery of existence, which is death. No one comes out of the Turtle Cave the same as he was before.