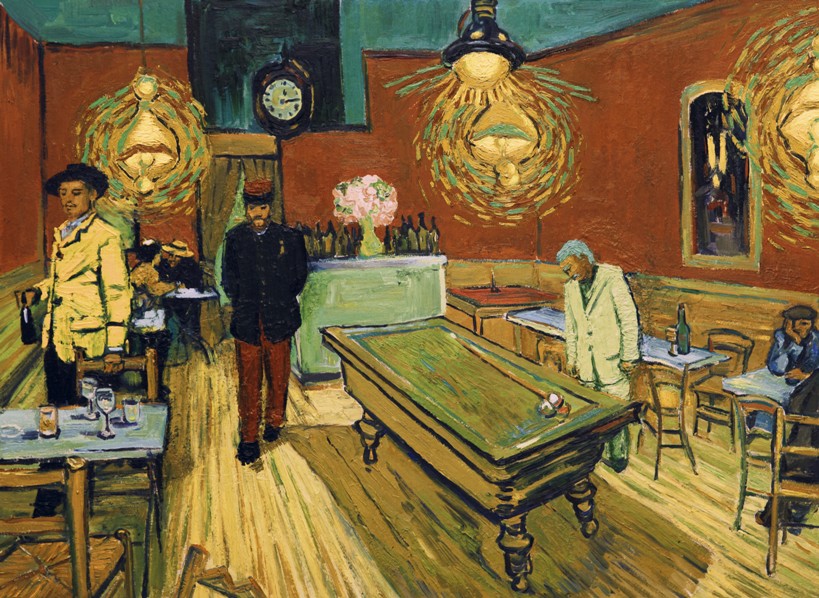 Cast
Story
France, Summer 1891… After hearing that Vincent van Gogh killed himself, Armand Roulin is given a letter from Vincent by his father, Postman Joseph Roulin to hand-deliver to the Theo van Gogh, Vincent’s brother. In Paris there is no trace of brother Theo. Armand’s search leads him to the paint supplier, Pere Tanguy, who tells him that Theo died shortly after Vincent, apparently destroyed by the death of his older brother. Pere Tanguy recounts how Theo helped Vincent on his incredible transformation from a down-and-out at age 28 to the new artistic sensation of Paris at the time of his death 10 years later. After hearing this story Armand believes he may have misjudged his father’s friend, and really wants to know why Vincent chose the moment of impending success to take his life: Pere Tanguy has no answer to this.